Thalia Hall, a historic landmark located in Chicago’s Pilsen neighborhood, was founded by John Dusek at the turn of the century as a neighborhood establishment. Dusek’s hope for the corner of 18th & Allport was to build a public hall for the community. In 1892 his dream became reality: a multi-purpose property that would offer commercial storefronts, residential housing, and a hall for the community. Closed to the Public in the 1960’s, Thalia Hall remained virtually untouched until the end of 2013 when 16″ On Center owners, Bruce Finkelman and Craig Golden, continued Dusek’s vision by re-establishing Thalia Hall along with Michelin-starred Dusek’s Board & Beer, Punch House, and Tack Room. 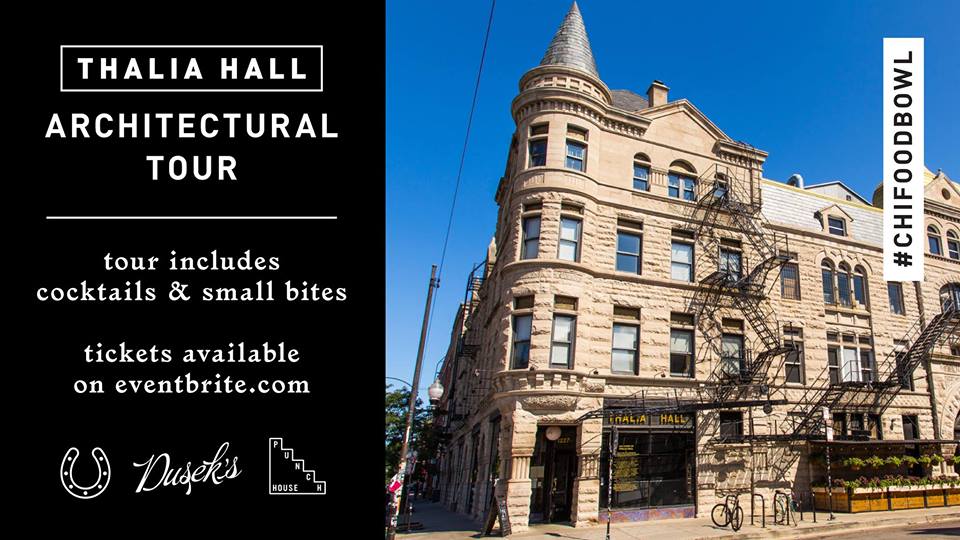