Speaking to the Devil: Adversarial Styles in American Politics from Buckley and Vidal to Today

In 1968 at the national party conventions, William F. Buckley and Gore Vidal — two ideological and personal rivals — debated the issues of the day and traded insults. The Point presents a conversation about the explosive political spectacle that presaged the culture wars and today’s polarized media landscape. Following a short screening, Rick Perlstein, author of Nixonland, and Modern Age editor Daniel McCarthy will discuss the Buckley-Vidal debates and their historical context and relevance today in a moderated conversation led by Timothy Crimmins. At a time of deep division, it’s worth asking: Has there ever been civil discourse in America?

Presented by The Point Magazine, Illinois Humanities and the Public Media Institute. 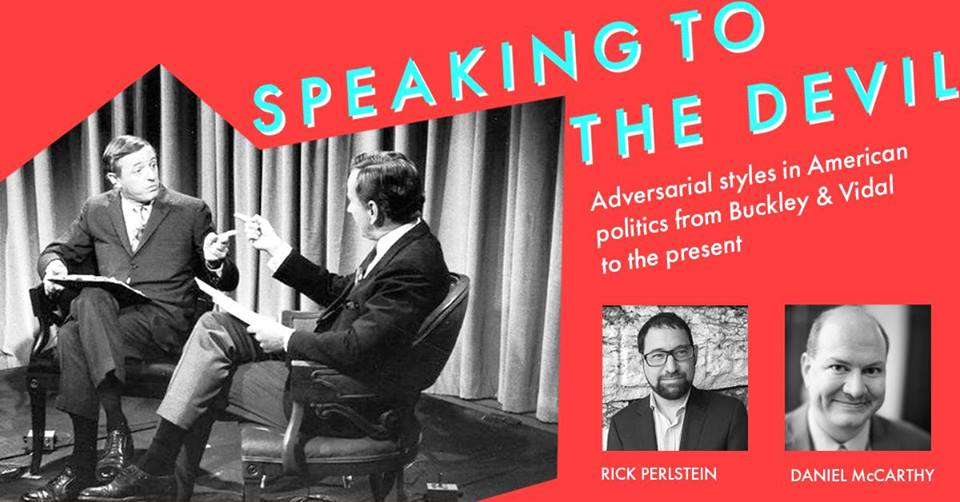