What is Inferno? We are the Chicago Park District’s mobile art program, dedicated to sonic art and music, collaborative media experimentation and civic dialogue. Every summer, we send local artists out into the parks to collaborate on music, media and art with youth and other park users. Tkumah Sadeek, Johanna Brock, and Nick Cline led sessions with Chicago Park District day campers, Selah Say worked with the TRACE program (web & Instagram), and Ben Lamar Gay and Rob Frye collaborated with the Chicago Park District’s Therapeutic/Special Recreation participants. Each artist or team then uses recordings from those sessions as material to build new creative work, which we present at our end-of-summer celebration. Finally, we’ll be presenting work from our Doc:Team, who traveled with, assisted and documented all of the resident artists throughout the summer. 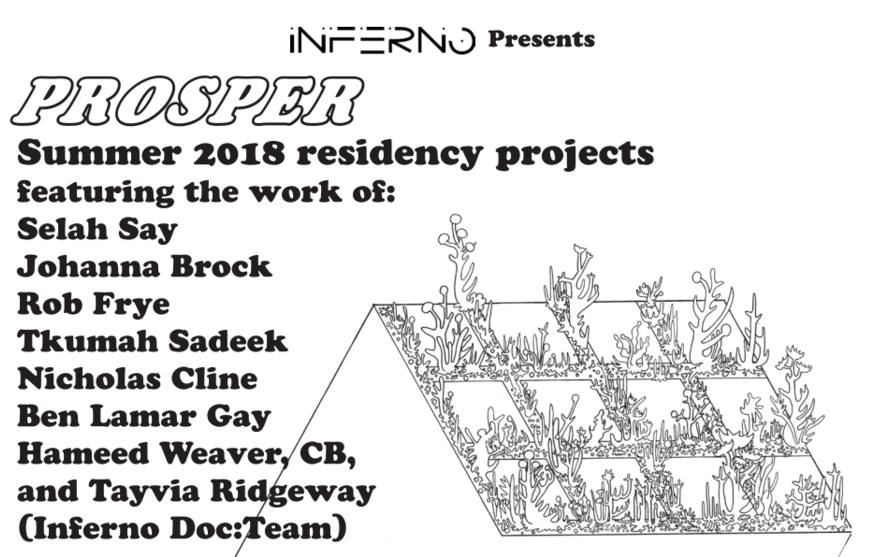