On view through Thursday, August 23rd

The three sisters of Amelia Street Studio are raising funds to help finish a feature-length documentary that traces the path of hair from women in India sacrificing their hair for the gods to young women in America experiencing hair loss. Contributions also support an engagement campaign to help create meaningful impact with the film.

Please join us at the historic Colvin House for an immersive evening experience that includes:

THE PROJECT
Our goal is to normalize hair loss and create a society where women can feel comfortable and confident with or without a wig. We want to create more compassion for others who feel “other.”

As Jillian puts it, “That would be the best day.”

The all-female crew of Amelia Street Studio has been in production since 2015. We launched after a successful Kickstarter campaign, which allowed us to buy equipment and make the trip to India where we followed our main subject, Margot, as she tried to navigate her way through the human hair industry and start her own ethically-sourced hair company. Since then, we have traveled all over the Midwest, Texas, and even to Washington, DC for an FDA public hall meeting.

Since the Kickstarter, the film has been self-funded and we have dedicated over 350 hours of on-site production time, not including producing and marketing hours. We have interviewed over 15 brave and spirited women who finally get a voice to talk about this taboo topic.

We are now inching into post-production, and are asking for finishing funds that would give this story the expertise and focus that it deserves. Your contributions also support a meaningful impact campaign leading up to and after the film’s release.

CAN’T ATTEND? STILL WANT TO SUPPORT?
We will host a Facebook Live stream video during the event where our online followers will be able to virtually participate in the crowdfunding and interactive art installation. Stay tuned for more details.

In the meantime, you may also make a tax-deductible donation through our fiscal sponsor, IFP Chicago. https://www.ifpchicago.org/head-to-head 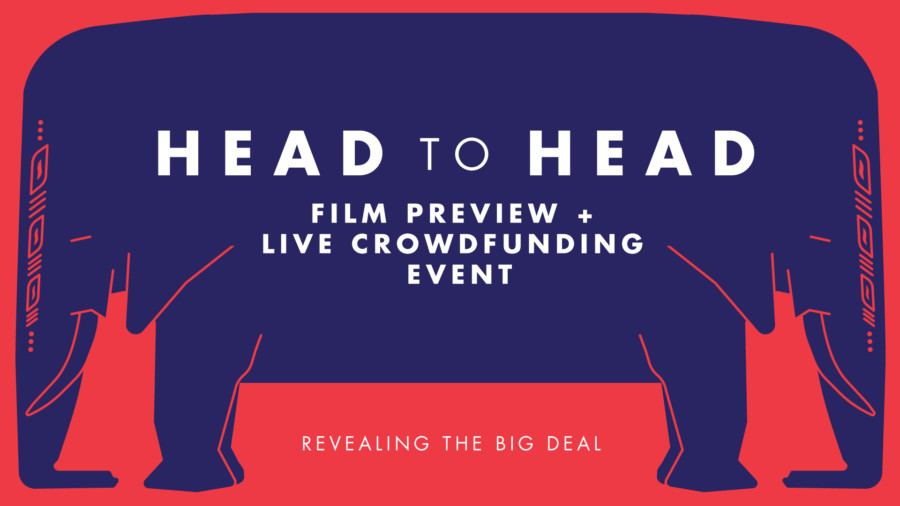