Flight of the Pigasus

A re-staging of the infamous “Pigasus” press conference held at what is now Daley Plaza on August 23, 1968, in which the Yippies nominated a pig for the president of United States. This moment of political theater set off almost a week of political unrest and remains a key memory of the counterculture. Fifty years later, “Pigasus” flies again in a live theatrical event that uses the 1969 Chicago Eight trial as a frame for re-examining this story and the benefits and limits of using theater, performance, and disruption to effect political change. With musician Bill MacKay as musician and Yippie Phil Ochs; City of Chicago historian Tim Samuelson as Judge Julius Hoffman; National Lawyers Guild lawyer Jerry Boyle as defense attorney William Kunstler; author Pat Thomas as Tom Foran; artist Dmitry Samarov as magazine artist Franklin McMahon; Petunia the Pig as Pigasus; and Judy Gumbo and other witnesses of 1968 as themselves.

**Free and open to the public** 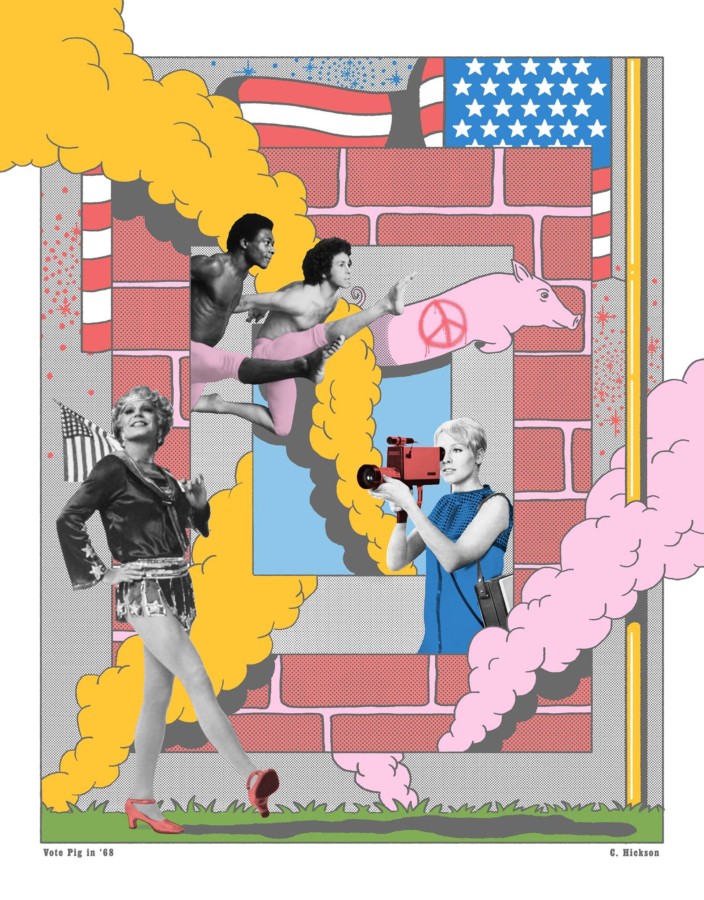