Fatimah Asghar: If They Come for Us

Please help us celebrate the release of Fatimah Asghar’s new poetry collection IF THEY COME FOR US. Poets Rachel “Raych” Jackson, Hieu Minh Nguyen, and José Olivarez will join her for this reading and book signing.

FATIMAH ASGHAR is a nationally touring poet, performer, educator, and writer. Her work has appeared in POETRY Magazine, BuzzFeed Reader, Academy of American Poets and many others. Her work has been featured on news outlets like PBS, NBC, Teen Vogue, Huffington Post, and others. In 2011, she created REFLEKS, a Spoken Word Poetry group in Bosnia and Herzegovina while on a Fulbright studying theater in post-genocidal countries. She is a member of the Dark Noise collective and a Kundiman Fellow. Her chapbook After was released on Yes Yes Books fall 2015. She is the writer of Brown Girls, an Emmy-nominated web series that highlights a friendship between women of color. In 2017 she was the recipient of a Ruth Lilly and Dorothy Sargent Rosenberg Fellowship from the Poetry Foundation and was on the Forbes 30 Under 30 list. Her debut collection of poems If They Come For Us is forthcoming on One World/ Random House August 2018.

RACHEL “RAYCH” JACKSON is an educator, poet and playwright. She has competed on numerous national teams and individual competitions. She is the 2017 NUPIC Champion. Her latest play, Double Date premiered in the 9th Annual One Minute Play Festival in June of 2018. Her work has been published by many—including Poetry Magazine and The Rumpus. She is working on her first book and proudly loves every episode of Bob’s Burgers.

HIEU MINH NGUYEN is the author of This Way to the Sugar (Write Bloody Press, 2014) which was a finalist for both a Minnesota Book Award and a Lambda Literary Award. His next collection Not Here, was released via Coffee House Press in April of 2018. A queer Vietnamese American poet, Hieu is a Kundiman fellow and a poetry editor for Muzzle Magazine. His work has also appeared in the Southern Indiana Review, Guernica, Ninth Letter, Devil’s Lake, Bat City Review, the Paris-American, and elsewhere. Hieu is a nationally touring poet, performer, and teaching artist. He lives in Minneapolis where he flails his arms and forgets to take his clothes out of the dryer.

JOSÉ OLIVAREZ is the son of Mexican immigrants, the co-author of the book of poems Home Court, and the co-host of the poetry podcast, The Poetry Gods. He is a graduate of Harvard University and the Marketing Manager at Young Chicago Authors. A winner of a 2016 Poets House Emerging Poet Fellowship and a 2015 Bronx Recognizes Its Own award from the Bronx Council on the Arts, his work has been published in The BreakBeat Poets, poets.org, & Hyperallergic, among other places. He is from Calumet City, IL, and lives in Chicago. His first book, Citizen Illegal, is forthcoming from Haymarket Books.

Our store is wheelchair accessible, however our bathrooms are not–there is a narrow hallway and sharp 90-degree turn on the way to our bathrooms. Seating is first come, first served, but we are happy to reserve seats for people with disabilities. Please call the store at 773-769-9299 the day of the event if you need a reserved seat or have additional questions. 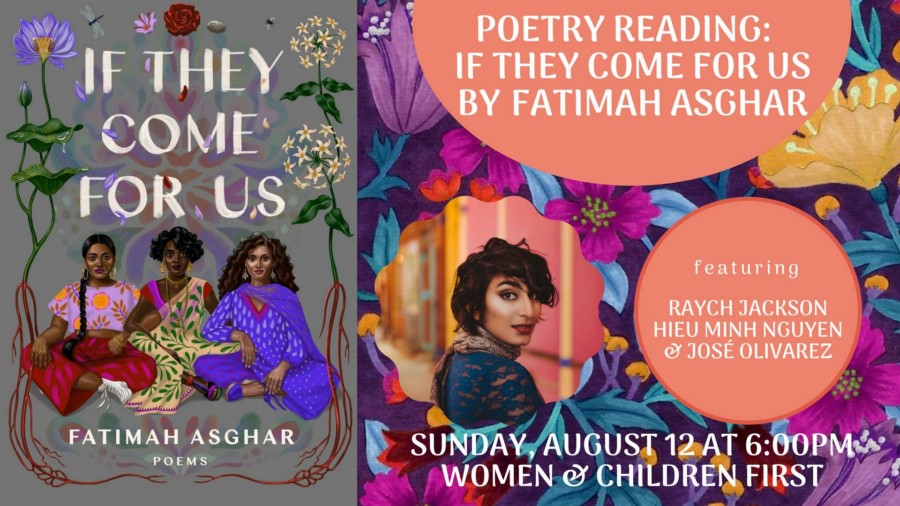