Sights and sounds of the Industrial History of South East side of Chicago at Calumet Park. Co-supported by MSAE, NOITP, and Norman’s Three Walls RaDLab Fellowship.

His project focuses on the soundscape ecology and cultural landscape of the Lake Calumet region that makes up most of the South Deering community area. He has lead two walks this summer including Big Marsh, one of the newest parks in the area and Bessemer Park one of the oldest. Through listening to and being in these spaces (particularly public parks) we can have better understanding of the communities where we live and be clear about what we want to change and where we want to preserve.

The South South Deering community area is a former steel industrial area is home to majority Black and Latinx residents. It was the home of Wisconsin Steel Works, originally the Joseph H. Brown Iron and Steel Company, South Works (US Steel), Iroquois Steel and Republic Steel. There are several neighborhoods in this community, South Chicago, Jeffery Manor, South Deering and Slag Valley. 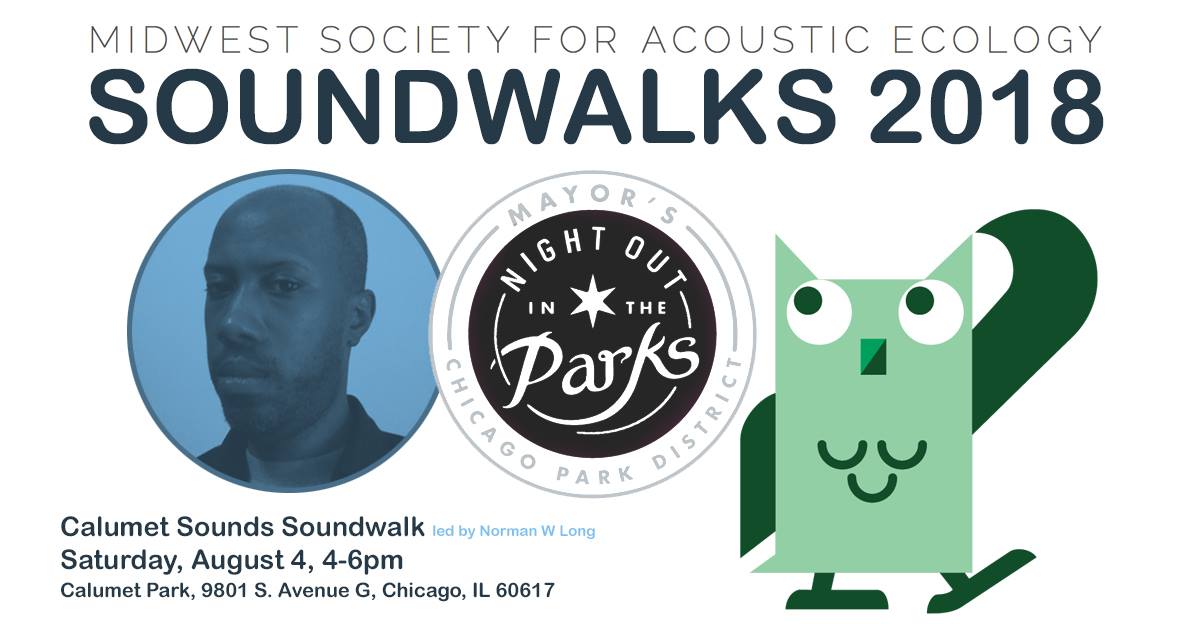