In case of rain, the event takes place inside the MCA’s Kovler Atrium.

Dr. Muhal Richard Abrams was at the forefront of the contemporary music scene for well over 60 years.

Except for a brief period of study at Chicago Musical College and Governors State University in Chicago, where he studied electronic music, Dr. Abrams was predominately a self-taught musician who, as a result of many years of observation, analysis, and practice as a performing musician, had developed a highly respected command of a variety of musical styles both as a pianist and composer.

Dr. Abrams formed the Experimental Band in 1961 and in 1965 he cofounded the Association for the Advancement of Creative Musicians (AACM) in Chicago, with Jodie Christian, Kelan Phil Cohran, and Steve McCall and became their first president. Abrams also founded the AACM School of Music. After relocating to New York in 1983, he established the AACM, New York City Chapter, Inc., and served as their first president.

As a world-renowned pianist and composer, Dr. Abrams has 33 recordings as a leader and composed numerous musical compositions, classical works, and works of fine art. He is also the recipient of many awards, including in 1990, becoming the first recipient of the grand international jazz award, “The JazzPar Prize,” which was awarded to him by the Danish Jazz Center in Copenhagen; the BNY Mellon Jazz Living Legacy Award, presented by the Mid-Atlantic Arts Foundation in 2012; the 2014 Walter Dyett Lifetime Achievement Award from the Jazz Institute of Chicago, an organization Dr. Abrams helped found; and the Doris Duke Artist Award in 2015. Dr. Abrams was also selected to be a USA Prudential Fellow by United States Artists in 2009, and the an NEA Jazz Master in 2010. That same year, Dr. Abrams was inducted into the Downbeat Magazine “Jazz Hall of Fame.” Dr. Abrams received two honorary doctorates: a Doctor of Music from Columbia University (2012) and a PhD. in humane letters from DePaul University (2015).

The versatile Dr. Abrams and members of the AACM are responsible for some of the most original new music approaches of the last four decades.

Multi-reedist and pianist Ari Brown is a dynamic and important member of the Chicago avant-garde jazz scene and his technique and traditional jazz chops are highly expressive across his instruments. Brown has performed all over the world, touring with Elvin Jones, and working with musicians ranging from McCoy Tyner and Don Patterson to Sonny Stitt, Lester Bowie, Bobby Watson, and Anthony Braxton. He has been part of Kahil El’Zabar’s Ritual Trio and is the go-to saxophonist for Orbert Davis’s Chicago Jazz Philharmonic. 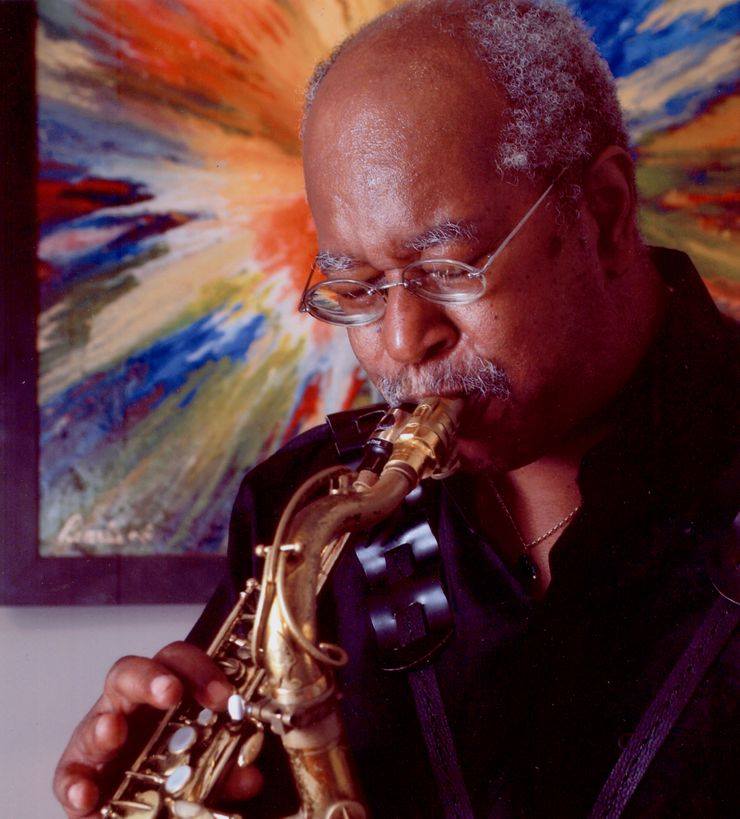