Join us to celebrate Woman Made Gallery’s Annual Invitational reading. While most of our literary events are organized around the theme of the concurrent art exhibit, this afternoon gives the featured poets an opportunity to share a range of their work.

A survey by VIDA, Women in Literary Arts of leading literary journals discovered that considerable gender disparities continue to be widespread throughout the industry. The readers at this event – Cynthia Dewi Oka, Valerie Wallace, Charles Russell Price, Angela Jackson, Cin Salach – are making an indelible mark on this uneven playing field; offering poetry in a variety of styles, voices and themes.

Free and Open to the Public. Please enter the building through the parking lot at the North Entrance on the 21st St side of the building. Call box access code: enter 271 and press Call button to be buzzed in.

Cynthia Dewi Oka is the author of Salvage: Poems (Northwestern University Press, 2017) and Nomad of Salt and Hard Water (Thread Makes Blanket, 2016). Her work has appeared in ESPNW, Hyperallergic, Guernica, Poets.org, American Poetry Review, Kenyon Review, The Massachusetts Review, Painted Bride Quarterly, and elsewhere. She is a contributor to Women of Resistance: Poems for a New Feminism (OR Books, 2018), Who Will Speak for America (Temple University Press, 2018), and What Saves Us: Poems of Empathy and Outrage in the Age of Trump, edited by Martín Espada (Northwestern University Press, forthcoming). A three-time Pushcart Prize Nominee, she has received scholarships from VONA and the Vermont Studio Center, the Fifth Wednesday Journal Editor’s Prize in Poetry, and the Leeway Foundation’s Transformation Award. She is originally from Bali, Indonesia.

Angela Jackson is an award-winning poet, playwright, and novelist. She is the author of numerous collections of poetry, including the National Book Award–nominated And All These Roads Be Luminous: Poems Selected and New. Her novel Where I Must Go won the American Book Award in 2009. Its sequel, Roads, Where There Are No Roads, was published in 2017. In 2017, Jackson completed the biography of Gwendolyn Brooks, A Surprised Queenhood in the New Black Sun: The Life & Legacy of Gwendolyn Brooks. Additionally, Jackson was a longlist finalist for the PEN Open Book Award for her 2015 poetry collection, It Seems Like a Mighty Long Time. Other honors include a Pushcart Prize, Academy of American Poets Prize, TriQuarterly’s Daniel Curley Award, and the Poetry Society of America’s Shelley Memorial Award. Jackson lives in Chicago.

C. Russell Price is an Appalachian genderqueer poet originally from Virginia but now lives in Chicago. They are the author of Tonight, We Fuck the Trailer Park Out of Each Other (Sibling Rivalry Press). They are a Lambda Fellow, Ragdale Fellow, Pushcart nominee, and Literary Death Match Champion.

Cin Salach, Poet of page and stage, Illinois Arts Council recipient, four-time Ragdale fellow and Emmy nominee for voice-over and on-screen narration of the PBS documentary “From Schoolboy to Showgirl”, has collaborated with musicians, video artists, dancers, photographers, and most recently, healers, chefs and scientists, for over 30 years. She’s published two books and one CD, and lives in Chicago with her son, where her love of poetry and the belief that it can change lives, has led her to create her business, poemgrown, helping people mark the most important occasions in their lives with poetry.

Valerie Wallace’s debut poetry collection House of McQueen (March 2018) was chosen by Vievee Francis for the Four Way Books Intro Prize in Poetry. In their starred review Publishers Weekly said that Wallace created “…a literary seance…serving as a scholar of and medium for the late iconic fashion designer Alexander McQueen….” Her work was chosen by Margaret Atwood for the Atty Award, and she has received an Illinois Arts Council Literary Award and the San Miguel de Allende Writers Conference Award in Poetry, as well as many grants to support her work, for which she is extremely grateful.

Woman Made Gallery hosts literary events that coincide with each of our juried group exhibitions. The current poetry series is curated by Nina Corwin. Kurt Heintz is WMG’s Audio Recordist, and Angela Narciso Torres is WMG’s Publicity Coordinator.

Nina Corwin is the author of two books of poetry, The Uncertainty of Maps and Conversations With Friendly Demons and Tainted Saints. Her work has appeared in ACM, Forklift OH, Hotel Amerika, New Ohio Review, Southern Poetry Review, Verse and has been nominated for the Pushcart prize. Corwin is an Advisory Editor for Fifth Wednesday Journal and curates readings at Woman Made Gallery in Chicago where she co-edited Inhabiting the Body: A Collection of Poetry and Art By Women. She has read and performed her work across the country, at times set with musical or choreographic compositions. In daylight hours, she is a psychotherapist known for her work on behalf of victims of violence.

Angela Narciso Torres’s poetry collection, Blood Orange, won the Willow Books Award. Her work appears in Nimrod, Spoon River Poetry Review, Colorado Review, and other journals. A graduate of Warren Wilson MFA Program and Harvard Graduate School of Education, she has received fellowships from Bread Loaf Writers’ Conference, Illinois Arts Council, and Ragdale Foundation. Born in Brooklyn and raised in Manila, she is a poetry editor for RHINO, a reader for New England Review, and a publicity coordinator for Woman Made Gallery Literary Events.

Kurt Heintz once taught computer graphics programming at Columbia College, and worked as an independent web developer. He’s since become the lead video director at Britannica. Heintz is known for his poetry videos, begun in the early 1990s. He also videoconferenced his colleagues’ poetry in the late 1990s — years before Skype and the iPhone. He was a technical advisor to the Electronic Literature Organization in its earliest years, and is the video content editor for Another Chicago Magazine.

For an archive of past readings visit:
http://voices.e-poets.net/WMG
recorded by Kurt Heintz 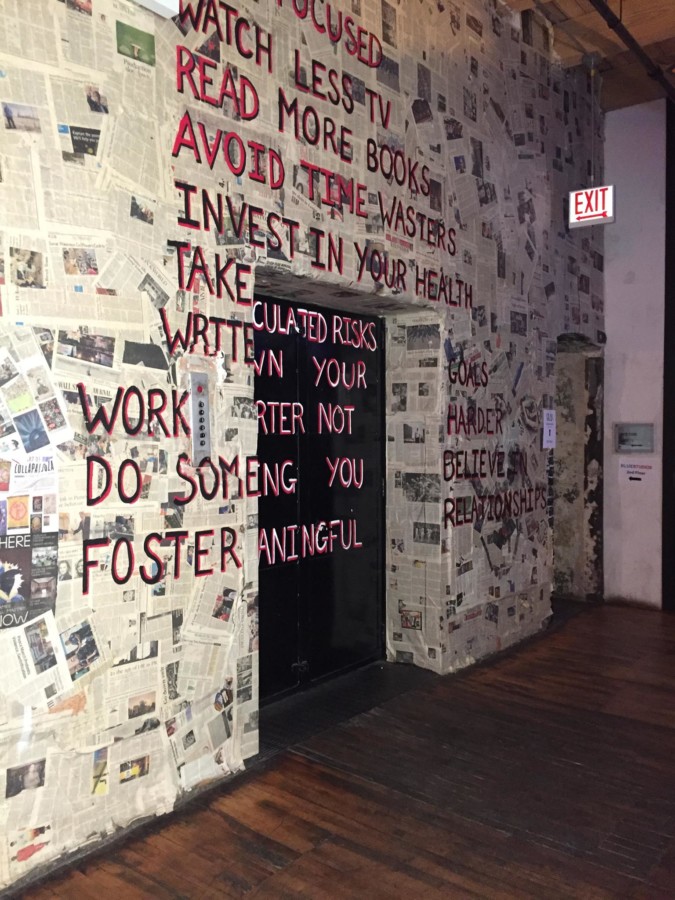