On view through Friday, July 27th

“Come and find a resting place….only light can lead the way…”

This is Black Woman JuJu.

• Beyond the spiritual, ancestral and energetic connections that are felt among those who are a part of the African diaspora, what kinds of connections between the missing who have passed and the missing whom remain on this earthly realm may exist? In which ways may they carry one another?

• One aspect of being deemed as subhuman in a Black body is being seen as less innocent. For the Black girls and women who have disappeared from a world who doesn’t look for them, from a world who sees us as guilty and impure, how can we honor their existence as deserving? For Black girls and women who have disappeared and feel responsible in being taken from their lives and not being found, how do we pray to dissolve and release any burdens of guiltiness from them?

• How can space be held for any unearthings obtained by the disappeared who have passed from this realm? How to keep grounded and open to listen?
The exhibition will be open to viewing from 7:30-8 pm.

The performance of ritual will begin at 8 pm sharp and will be followed by a conversation with Hall, McClenon and Kimberly Harmon, whose work is featured along with Hall’s in “A Tender Power.”

Bio
Opening Rootwork in 2016, Tracie D. Hall has curated ten exhibitions in the gallery to date.

Believing the black discursive practice of “call and response” to be foundational to her approach as curator and artist, Hall returned to performance in early 2017 after a 15-year hiatus in “Making My Mother’s Bed: A Durational Ritual Performance” a six-hour ritual intended to exorcise the grief that had shrouded Hall since her mother’s death two decades ago.

Earlier in July, in accompaniment to her installation on the same theme, “Every Goodbye Ain’t Gone,” Hall used a string of text messages to gather two-dozen women to perform a roadside ritual in commemoration of the thousands of Black women and girls who have been abducted or gone missing across the country and in protest of the national silence that persists around this phenomenon.

A culture worker for much of her life and all of her career, Hall is deeply interested in the indigenous cultural and spiritual practices that are preserved and passed on through every day ritual. She is especially interested in the capacity of temporal or one-time performances io open up and permanently transform public and psychic space. 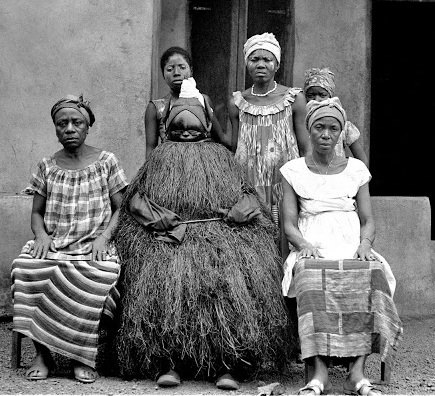