Yhelena and Michael Hall: Wilderness and Household and Ben Kurstin: Dime a Dozen

Wilderness and Household – a solo exhibition of work by Yhelena and Michael Hall and
Dime a Dozen – a solo window exhibition by Ben Kurstin
June 2-30, 2018
Gallery hours: Saturday 12-5 and by appointment

Yhelena and Michael Hall are multimedia artists living and working in Chicago IL. In their collaborative work, they utilize sculptural techniques, such as, woodworking, metalworking, mold making and concrete fabrication, accompanied by electric and mechanical elements. Both with a concentration in Sculpture, Yhelena received her MFA at the State University of New York at New Paltz and Michael received his MFA at the School of the Art Institute of Chicago. Yhelena and Michael have been collaborating since 2013 and their work was selected for solo shows at Sub-Mission (Chicago) in 2015, Current Space (Baltimore) in 2016, Roman Susan Gallery (Chicago) in 2017, as well as group shows at the Ukrainian Institute of Modern Art, Chicago Cultural Center and more.

The collaborative practice Wilderness and Household is comprised of two parts: fully functional sculptural machines and static concrete objects. Rooted in hypothetical future, our functional pieces juxtapose with the actuality of concrete.

Over the course of 22 months, Ben Kurstin collected over 8800 drug bags from Humboldt Park in Chicago. He worked with both scans he created of the different designs as well as with wood and spray paint to create mosaics and collages as new multi-media pieces.Every day, he walked a half mile through the park to the bus to go to work and, along the way would collect any visible bags.

His project is about how the “War on Drugs” has been a failure, how programs like D.A.R.E., although well intentioned, have had the opposite effect as intended. It is also a commentary on the prison industrial complex where nearly half those locked up today in both Federal and State Prisons are there on drug charges. 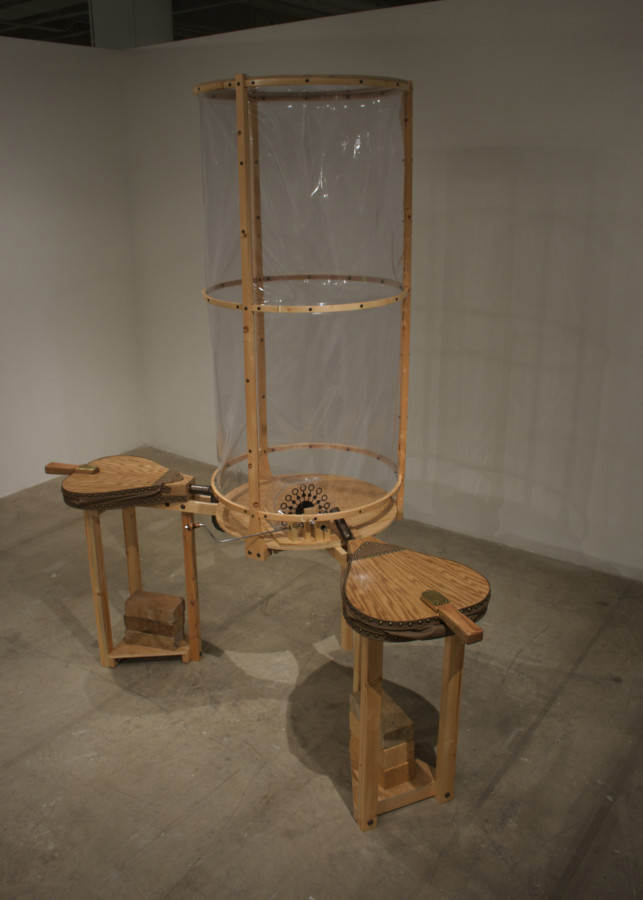