What does it mean to be Chinese in America?

On view through Saturday, June 2nd

What does it mean to be Chinese in America? This question could be asked of any immigrant community. “Who are we” resonates across cultures and nations. In today’s political environment, this question of identity is even more important.

According to Van C. Tran, a Columbia University professor whose research focuses on post-1965 immigrants and their children. According to Tran, “First generation” means the people who come to this country and become Americans, he says. The second generation is their American-born children, and so forth.

Tran says, there is a pattern that academics have recognized in the first, second and third generations of Americans who came out of the immigration wave a century ago. The first generations, the grandparents, tried to blend in. The second generation, their children also try to blend in.

The third generation discovers their roots, recovers what they can and claims the culture proudly.

As part of the closing reception of the ORIGIN Youth Group’s exhibit on bridging the intergenerational gap among Chinese Americans, The Chinese American Museum of Chicago would like to discuss these generational layers through the lens of several people from vastly different backgrounds.

The museum has invited Chicago-based painter Mark Yee and storyteller Ada Cheng to be our key speakers on Saturday, June 2, from 2pm to 4pm. Mark and Ada both followed non-traditional paths for both artists and Asian Americans – Mark going into business and then painting and Ada being a sociology professor for 15 years before pursuing performance.

We will also plan to have a professor discussing ethnicity and identity and a other panelists bringing unique views on the topic of generations and identity.

“WHAT DOES IT MEAN TO BE CHINESE IN AMERICA” IS CO-SPONSORED BY THE GLOBAL ASIAN STUDIES PROGRAM AT THE UNIVERSITY OF ILLINOIS AT CHICAGO.

The rest of the ORIGIN exhibit and programming can be found below:

Tags: Ada Cheng, Artist Talk with Mark Yee, Chicago, Chinese-American Museum of Chicago, Illinois, Mark Yee, Near South Side, Raymond B. & Jean T. Lee Center, What does it mean to be Chinese in America? 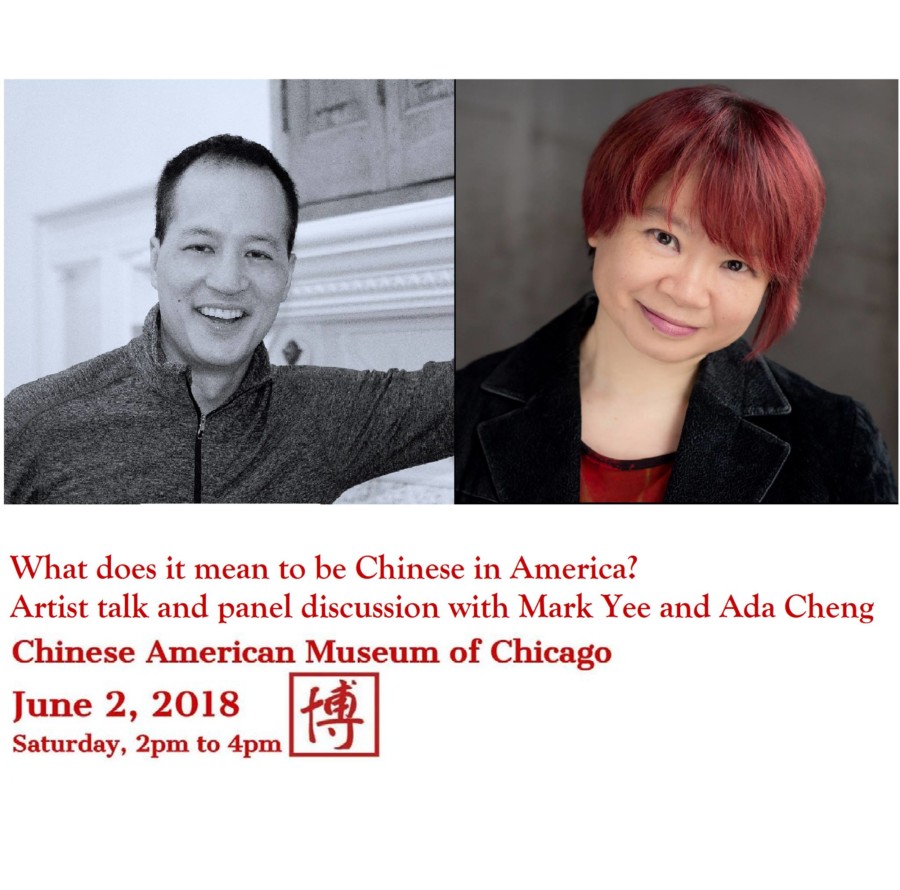