This panel will explore the underground homes, celebrations, and spaces that love us for all we are. Discussing trans/gnc/queer nightlife and club culture, ballroom, and our free spaces away from cis and straight bs. Topics will include changing the landscape of these spaces, chosen kin, and where we see our freedom spaces co-opted or stolen in mainstream culture.

Created by A Tribe Called Cxnt, a hip-hop squad of creatives hosting a platform for hip hop on the edge, focusing on queer, trans, & gender expansive culture makers of color .

An important staple in Chicago queer nightlife, Lucy Stoole is a fabulous Black drag queen reshaping the politics of drag performance. Referred to as the bearded Black beauty, she was awarded the Chicago Nightlife Award in 2016, and is a host/co-creator of Fabitat, a host at Queen!, a host at GRRRL Power, and host/co-creator of Deep Dish. She has also performed at Black Girl Magic, a fun, fierce, and revolutionary drag show.

FUTUREHOOD is home to the emerging artist of the queer underground founded by Banjee Report
members aCeb00mbaP & Mister Wallace in 2015.

(Shanna Collins) is a sexy bisexual queerdo who believes in the power of DIY collectives. In addition to A Tribe Called Cunt, she is also a part of the DIY music collective Or Does It Explode: Black, Brown, and Indigenous Crew and is a former VIBE intern. She also co-directed her first documentary, “Black Witch Coven” in 2017. Currently, she works as a freelance writer for VOYD magazine. 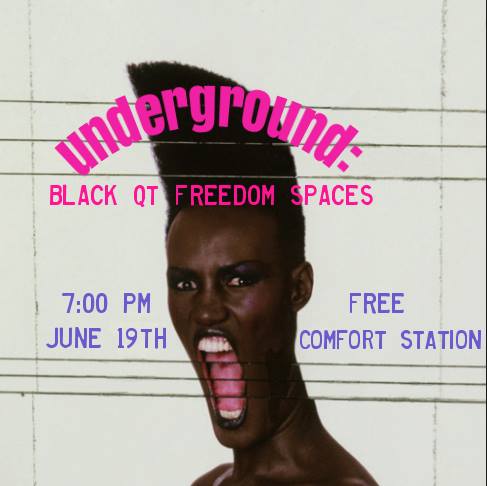