Randy Alexander Gallery is pleased to present Kingdom of Doing: Chicago House Music Project a collaborative exhibition conceived by Thomas Hellstrom engaging the history and legacy of House Music, the international phenomenon originating in Chicago in the 1980s.

Kingdom of Doing: Chicago House Music Project, Hellstrom’s first project with Randy Alexander Gallery, metaphorically re-imagines the exhibition and gallery space as a dance floor where spontaneous gestures, collaborations, and movements among strangers are welcomed. Originating in legendary Chicago nightclubs such as The Warehouse, The Music Box, The Loft, The Power Plant and The Playground, House Music fostered a euphoric atmosphere embracing social diversity and self expression through movement – acts of ‘doing’ – beyond discursive thought:

Often people ask me just the plain, blunt question: ‘What is House?’ Musically, House Music is the four on the floor — a relentless beat that keeps the mood flowing, whether fast-paced, vocal, grooving or synthetic, it provides a unique feeling of repetition that gets into your mind, body and soul. Non-musically, House music is a feeling. It’s a euphoric feeling…. It keeps you going; it is a high that you don’t come down from until the music stops. It takes you places and to new heights away from your everyday mundane life. Anything is possible when you’re engulfed in the feeling. – Jesse Saunders, Chosen Few DJs

Anchored by Hellstrom’s photo installation works, the exhibition will engage House Music’s history in Chicago, its international legacy as well as its communal atmosphere. Hellstrom is inviting visitors to the gallery to produce an artwork on a 3 x 20 foot silver panel during the course of the exhibition.

With respect to House Music’s international community, ‘House Nation’, the exhibition interprets the gallery space as form of social architecture or ‘kingdom’ to ask what are the physical limitations of its liberating atmosphere? Concurrent with the exhibition the founding fathers of Chicago House Music will host the Chosen Few DJs Festival Weekend July 7, 2018. Founded in 1990 the annual event now attracts 50,000 revelers and is among the premier House Music Festival in the world. The future site of the Obama Presidential Center is slated for Jackson Park, steps from the festival grounds. President Obama is a friend and supporter of Chosen Few DJ’s extending an invitation to the White House in 2016. From the Chosen Few DJ’s official website:

House Music is a Chicago original — a genre of dance music now known the world over that was born, nurtured and developed in Chicago by young DJs, artists, producers, party promoters and club owners whose collective contributions forged a new sound from elements of disco, Euro dance music, rock and of course, drum machines. Beginning in the late 1970s and into the early 1980s, a group of popular teen DJs from Chicago’s south side — Wayne Williams, Jesse Saunders, Alan King, Tony Hatchett and Andre Hatchett — played their unique brand of soulful dance music to huge crowds in packed basements, high school cafeterias and legendary nightspots, including Sauer’s, the Tree of Life, First Impressions, the Playground and the Loft, a club of historic importance in the birth and development of house music. Wayne Williams formalized a DJ collective, originally named “Chosen Few Disco Corp.” in 1977 to meet the high demand for the sound, eventually adding Saunders, King and the Hatchett brothers. In 2006, the group added its first new member in nearly 30 years, legendary DJ and producer Terry Hunter, and in 2012 welcomed DJ and producer Mike Dunn into the ranks. Along with a handful of other legendary DJs including Frankie Knuckles at the Warehouse, Ron Hardy at the Music Box, Lil’ Louis on the west side of Chicago, and the Hot Mix 5 on WBMX radio, the Chosen Few were the DJs primarily responsible during this period for popularizing the underground dance music that came to be known as House Music.

People who truly understand House Music know that it is much more than just music. House is a movement, a culture, and for many of us, a way of life. So I am very excited about Kingdom of Doing: Chicago House Music Project because it promises to recognize and engage the deeply artistic and multi-faceted nature of House Music and its surrounding culture. – Alan King, Chosen Few DJs

Since relocating from New York City to Chicago Thomas Hellstrom’s work has responded to his newfound physical and cultural surroundings through large scale, immersive photo installations. Contemplating local histories and engaging varied communities Hellstrom’s works consider the poetics of place. Hellstrom received his BFA from the University of Minnesota, Minneapolis. After he relocated to New York where he maintained a studio in the Chelsea gallery district for 20 years. His work has been included in exhibitions internationally, notably: Hiromii Yoshi Gallery, Tokyo and Zach Feuer Gallery, NY garnering the attention of The New York Times, reFRESH (UK) and Camera Austria. Kingdom of Doing: Chicago House Music Project is Hellstrom’s first solo exhibition in Chicago. 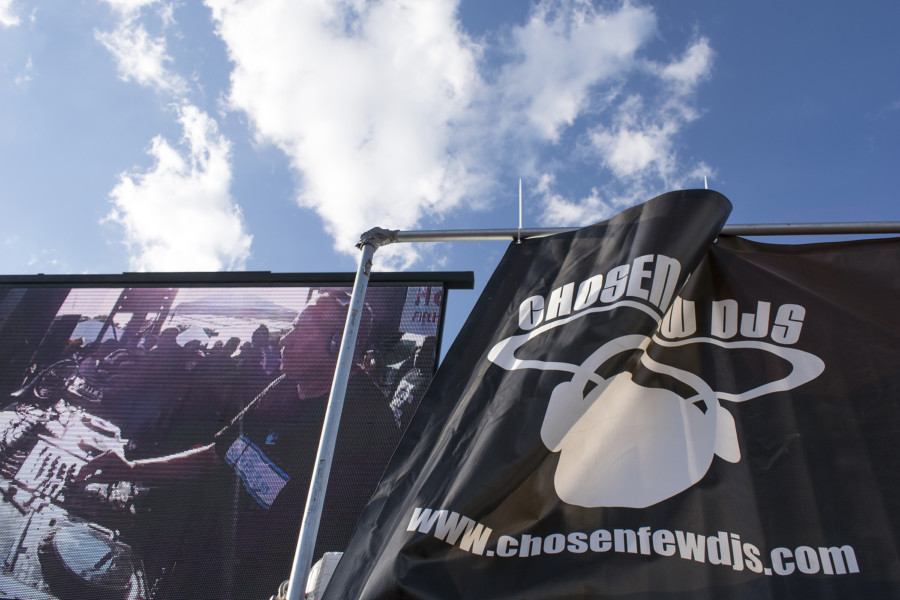