this is the place

One’s sense of place is mutable, responsive to the evolving landscape, the movement of other bodies around them, and, perhaps most acutely, to the changes in one’s own notion of selfhood and identity. The meaning of “place” also depends on position and arrangement. To place something. To find your place. The three artists in this exhibition explore the question of place with an awareness of its deeply personal, subjective nature. Whether negotiating the distance between multiple ‘homelands’ or witnessing rapid changes to a landscape, these artists present the feeling of being in a place as a fluid sensation, manifested through a push-and-pull of location and perception.

For Azadeh Gholizadeh—as an Iranian immigrant—questions of home, boundaries, and borders are never far from both mind and material. In her making practice, Gholizadeh continually returns to the question of what it means to feel freer and more “at home” in a new landscape than in a native one. As she contemplates both the flexibility and fragility of feeling settled in a landscape, her use of common and, in many cases, temporary materials like cardboard, plaster, and mirrors speaks to the possibility of making work in some form, in any place, regardless of permanence. Gholizadeh’s bone-white sculptures feel precarious at times, as though they could tip over or be taken apart and reconfigured. Recently, Gholizadeh has added tiny green succulents to her sculptures, meditating on their resilient ability to make themselves at home in nearly any environment that surrounds them.

Like Gholizadeh, Cathy Hsiao navigates questions of migration and translation, while weaving together craft traditions, material explorations, and the language of abstraction. Hsiao, who was born in New York, immigrated to Taiwan as a child, and returned to the United States as a teen embraces a hybrid practice where materials and ideas circulate freely. The shapes of Hsiao’s concrete-casted sculptures are derived from photographs of the urban landscape, where cracks in sidewalks became minimalist forms and construction residue becomes its own material within the work. As she infuses concrete with plant-based dyes like indigo and chamomile, Hsiao holds traditions of the past and present together in time, and the resulting sculptures are both impressions of the artist’s surroundings and sedimentary records of movement.

Through photography and animation, Jason Lalor similarly explores the nature of a place in flux, as he documents people and sites around Jamacia, Queens, where the artist is based. Much of Lalor’s footage is captured during his daily commutes on public transit, giving him ample time and perspective to observe a changing physical and social landscape, worked over by development and gentrification. By digitally altering the coloration of his photographs—leaving them shadowy, accented only by selected patches of color—Lalor captures a sense of gradual erasure, as though the scenery and the bodies within it are fading away. As he carefully selects which details to retain in each image and which to remove, Lalor creates documents of places and people that seem to peer beyond the surface of things.

Azadeh (Azi) Gholizadeh, is a Chicago-based artist and architect. Born in Tehran, Gholizadeh received her MA in architecture from Iran University of Science and Technology (IUST) in 2009, and her MFA from The School of the Art Institute of Chicago in 2012. In her current practice Azadeh explores body, landscape and fragmentation of identity and place by examining one’s own emotional connections to belonging. She has participated in group shows at Hyde Park Art center, Heaven Gallery and Goldfinch’s Flatfile among others. Gholizadeh was an artist in residence at the BOLT Residency and ACRE.

Cathy Hsiao is an artist working in Chicago. She comes from a background in craft, specifically weaving animal fibers dyed with plants, raised by a devout Falun Dafa Buddhist mother. “Plant and Animal Studio” keeps this name as acknowledgement to those histories. She holds a BA from the University of California Berkeley and a MFA from the School of the Art Institute of Chicago (2017). She has been awarded the 2016 Emerging Illinois Artists Triennial Juror Prize, curator Kelly Shindler, the New Artist Society Fellowship, School of the Art Institute (2014 – 2017), a Peripheral Vision Arts Fellowship, and a Cornell School of Criticism and Theory Certificate among others. 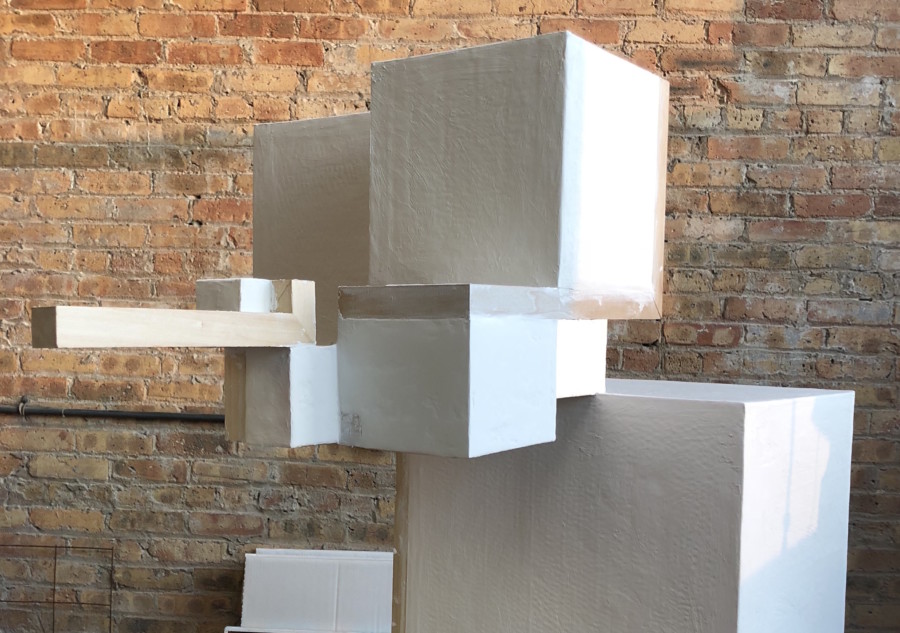