On view through Thursday, July 26th

SOCCER CLUB CLUB is pleased to announce the opening of our summer group show. Bringing together black-and-white and darkly monochrome works in a variety of media, the show addresses the human form and it’s proxies. Figurative works show bodies in action or repose, while various tangential or allegorically related objects approach the subject from more oblique vantage points. Flowers and vessels, fruit and furniture are in conversation with actual human bodies, all rendered in a limited palette of lights and darks.

The exhibition runs from June 23rd through July 26th. SCC operating hours are M-F, 10AM-6PM or by appointment. 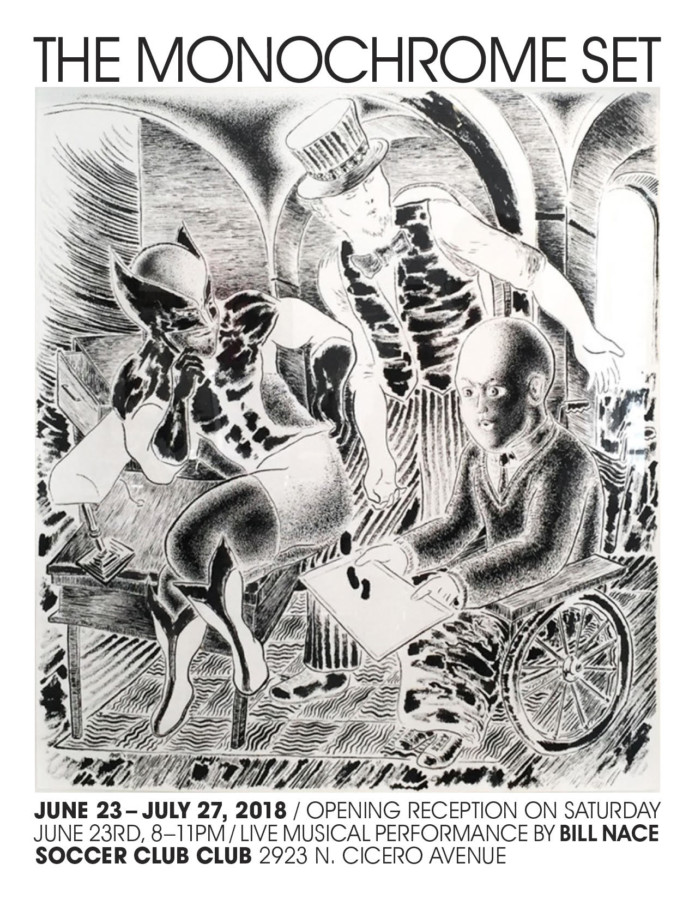