On view through Friday, August 10th

Chicago Manual Style is pleased to present Note G, featuring works by Barbara Bloom, Stephanie Hier, Greg Ito, Sydney Shen, and Jack Strange. Between 1842 and 1843, English mathematician Ada Lovelace hand wrote what many consider to be the first algorithmic computer program: Note G.[1] Entitled after the final in a series of these computational Notes—a term which can be interpreted as both a scientific and musical notation—this exhibition includes works by artists within the context of technology, as well as in relation to both lyricism and the handmade gesture. As the only legitimate child of British poet Lord Byron, it serves to note that Lovelace described her approach to mathematics as ‘poetical science,’ which applies to her approach for composing code.

Just as the word ‘scripting’ in the language of computer science is borrowed from that of a screenplay—a series of instructions read and executed in the exact order it is written—poetry can be said to belong to the foundations of the first invented piece of software. The perception of the screen as a stage, or vice versa, positions the gallery space as a theater set, where a controlled code, or program, may be played out; one that is navigated by the viewer, not built by them.

The Romanticism implicit in Lovelace’s notations finds its footing in the present by way of immersion. In this sense, each of the selected works contend with the ideological implications of contemporary computing in their own right, coalescing as a mise-en-scène where narratives of language, source, and immersion become present. As such, the exhibition Note G is an experiment in the implementation of a poetic interface amongst objects. Unfolding as a singular installation, rather than a curated exhibition, the premise considers the slippage and reification that emerges when objects are aligned for the purpose of being networked.

By tracing the histories which begin with the work of Lovelace, and are continued throughout the twentieth century, [2] Note G features the poetic impact of the computer across mediums and conceptual approaches. Central to the exhibition are two works by Barbara Bloom, Steinway Piano Carpet (2010), a large-scale floor-based work that imagines the absence and potential of a piano at various scales, and a photograph from the Scores series (ongoing), which positions sourced advertising photographs on stanzas, as though the image can be “read” like a piece of music. This sense of networked lyricality carries over in Sydney Shen’s sculptural works, entitled Lament Config., Inceptis and Jouhetis (2015), which feature metronomes, whose audible ticking keeps a rhythm at the same time it produces as sense of altered time. Stephanie Hier’s two recent paintings, Yes, this is our finest shower and It’s time to pay the fiddler (2018), are displayed against the backdrop of a wall drawing that depicts an animation of hands juggling—a type of literal tracking, as if the frames of a gif were presented at once, that points toward the same digital potential of the source material used in the work, such as Microsoft Word clip art and temporary tattoos, layered over traditional still life techniques.

The artist proof of the seminal work g—which shares the key letter of the exhibition, but also the formulaic value of gravity in physics—by UK-based artist Jack Strange, an edition of which was acquired by MoMA in 2009, features a lead ball on the keypad of a MacBook, infinitely generating pages in Microsoft Word until it crashes the computer. The installation is completed by a site-specific commission by Los Angeles-based artist Greg Ito, spanning the entire south wall of the space.

——
[1] Augusta Ada King-Noel, Countess of Lovelace (née Byron; 1815–1852) was an English mathematician and writer, chiefly known for her work on Charles Babbage’s proposed computer, the Analytical Engine. She was the first to recognize that the machine had applications beyond pure calculation and published the first algorithm intended to be carried out by such a machine. As a result, she is often regarded as the first computer programmer.

[2] Such as Norbert Wiener’s foundational work on cybernetics, the Church-Turing Thesis, and Alan Kay’s invention of the Graphic User Interface, as well as the Xerox Parc team’s formulation of the first painting simulation software. 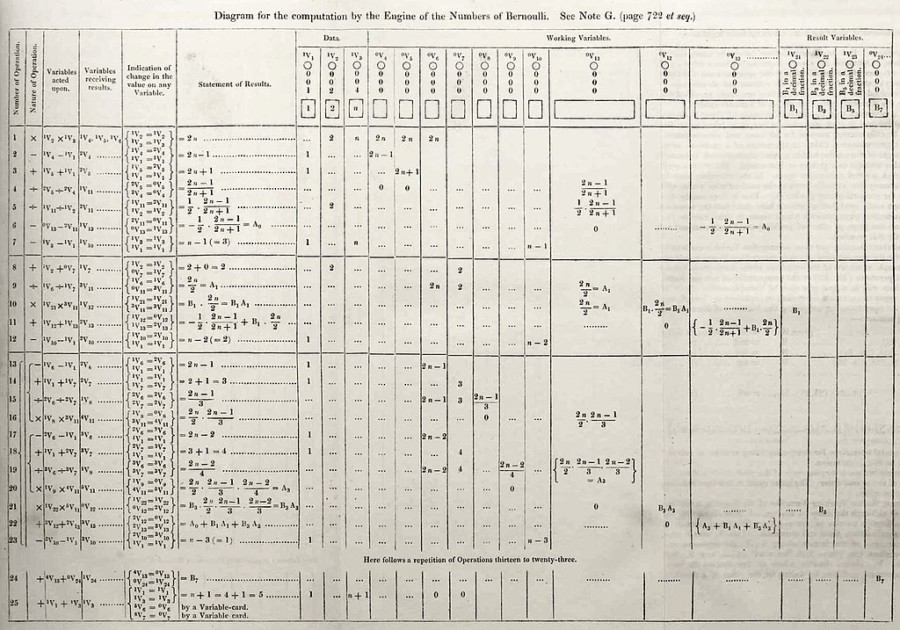