Enter the border zones of “Marchland”, a full-length dance where bodies and images vie for contested territory. In this dense terrain – formed by a kinetic film and live, percussive soundscore – highly charged action bursts forward.

“Marchland” premiered at the Museum of Contemporary Art Chicago in 2010. Marchland was spurred by collaborator Fraser Taylor’s animation – “Crevice”. Made by drawing directly onto 16mm filmstrip, the miniature inscriptions took on a capricious visceral shift when projected, producing an agitated bombardment of images. “Crevice” became our visual and conceptual point of departure and led us to think about spatial politics – the designation, negotiation and claiming of space. “Marchland” refers to a border region – the threshold between two places. Many different types of physical or psychological boundaries are invoked in the piece – barriers between bodies, actions between groups, and constructions built to delineate these boundaries. The incessant shifting of images in the original “Crevice” is felt in Marchland as a ceaseless reconfiguring of alliances and territories. 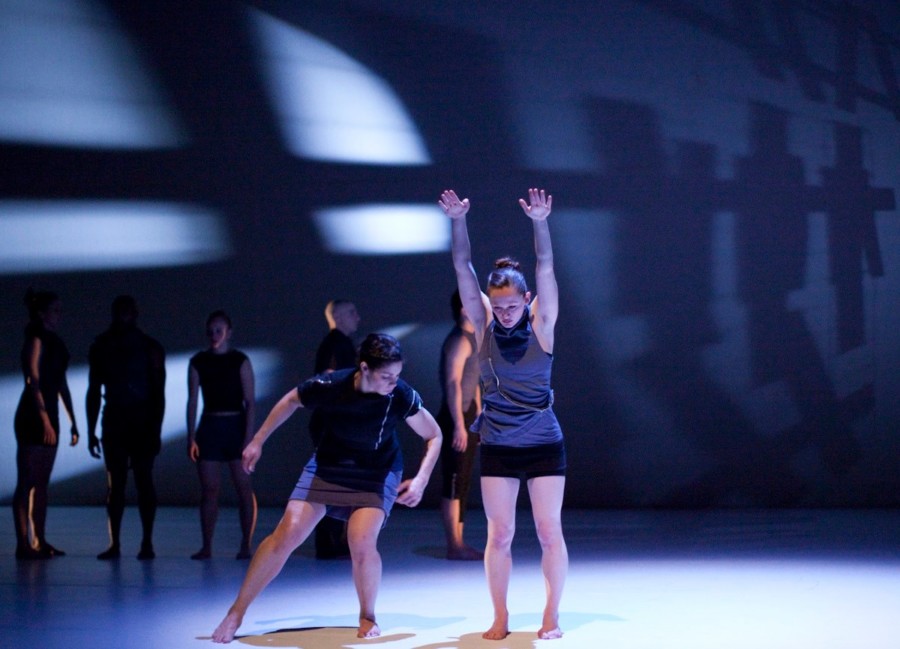