In 1904, Danish silversmith Georg Jensen (1866–1935) founded one of the world’s most celebrated design companies: the eponymous Georg Jensen. After emerging during a fruitful period in Danish art and culture, Jensen’s practice in Copenhagen continued to evolve, contributing to the meteoric rise of Scandinavian design in the United States and around the world. This exhibition—the first major American presentation of Jensen silver tableware and products for the home—tells a sweeping story of the creation of a global identity for Danish design and the changing ideals for modern living across the 20th century.

From its earliest days, Georg Jensen gained a reputation for producing magnificent silver tableware—monumental serving dishes, inventive candelabra, and refined tea services—which were featured in exhibitions throughout Europe. In the decades that followed, a combination of gleaming sculptural forms and lush ornament established the company’s signature style. While remaining true to this unique aesthetic and the studio’s tradition of fine craftsmanship, Jensen’s talented designers, such as Johan Rohde and Sigvard Bernadotte, also created works that pushed the boundaries of modern style. This practice continued after Jensen’s death in 1935 and gained particular momentum after World War II. Close collaborations with now iconic designers Henning Koppel and Nanna Ditzel, as well as special commissions such as Verner Panton’s 1988 pop-inspired “Crash” Tray, ensured that design at Georg Jensen kept pace with transformations in contemporary life and material culture.

Presenting over 100 spectacular and rare works in silver, this exhibition celebrates the company’s vision for the Scandinavian home, with products ranging from the monumental to the everyday. Displayed alongside important Danish furniture pieces, works in silver are joined by inventive and accessible designs for flatware and serving dishes in wood, melamine, and stainless steel, highlighting Georg Jensen’s seminal, yet understudied, contribution to the history of the modern interior. 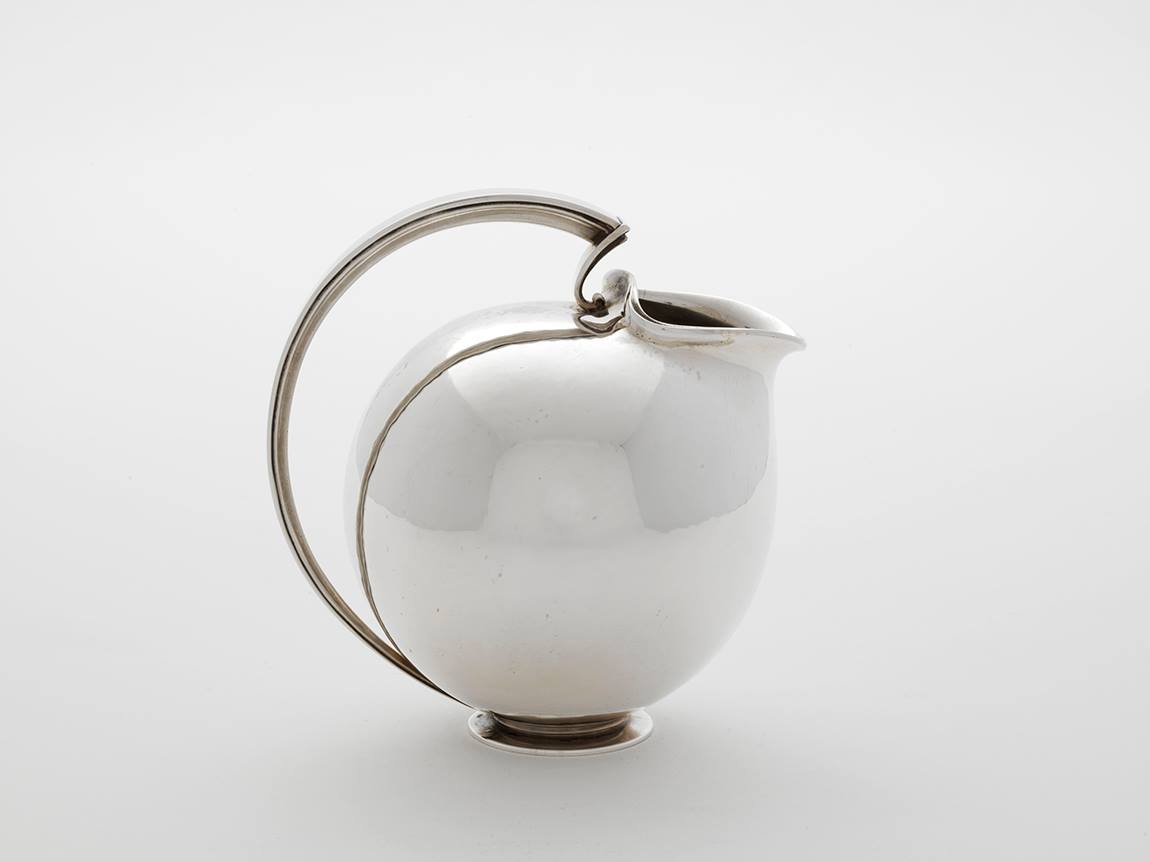