David Wojnarowicz: Flesh of My Flesh

On view through Saturday, August 4th

David Wojnarowicz is arguably one of the most important artists to emerge from the New York art world of the 1980s. While his work spanned less than twenty years-his life was cut short due to AIDS at the age of 37-from 1979 to 1992 he created a large body of work in collage, paintings, performances, sculpture, writing and video.

Focusing on corporeal themes and motifs used by the artist across a variety of media throughout his career, David Wojnarowicz: Flesh of My Flesh provides a complement to the upcoming Whitney Museum retrospective David Wojnarowicz: History Keeps Me Awake at Night. Any singular view is not sufficient to understand the diversity of this artist’s iconography and the sophistication of his montage techniques. In his oeuvre, singular symbols and images seem odd and disturbing; upon further study, queer juxtapositions emerge from the buzz of images. Wojnarowicz’s discourse is defiantly queer.

Accordingly, in Flesh of My Flesh, desire and corporeality are foregrounded, particularly the ways that Wojnarowicz juxtaposes images of abattoirs, animals, HIV/AIDS, industrial pollution, political corruption and censorship in order to awaken public awareness. Like the Dadaists before him, Wojnarowicz projected a world on a path to self-destruction, and incorporated items of his daily life into his work as part of an individualized critical response to the conditions he found himself.

During his lifetime – and even posthumously – Wojnarowicz was attacked by politicians and right wing zealots. Currently, silence is the preferred response to crimes against humanity. In contrast, Wojnarowicz cries out. His work is now more urgent than ever.

Additional support provided by The Estate of David Wojnarowicz, PPOW Gallery and the Block Museum of Art at Northwestern University. 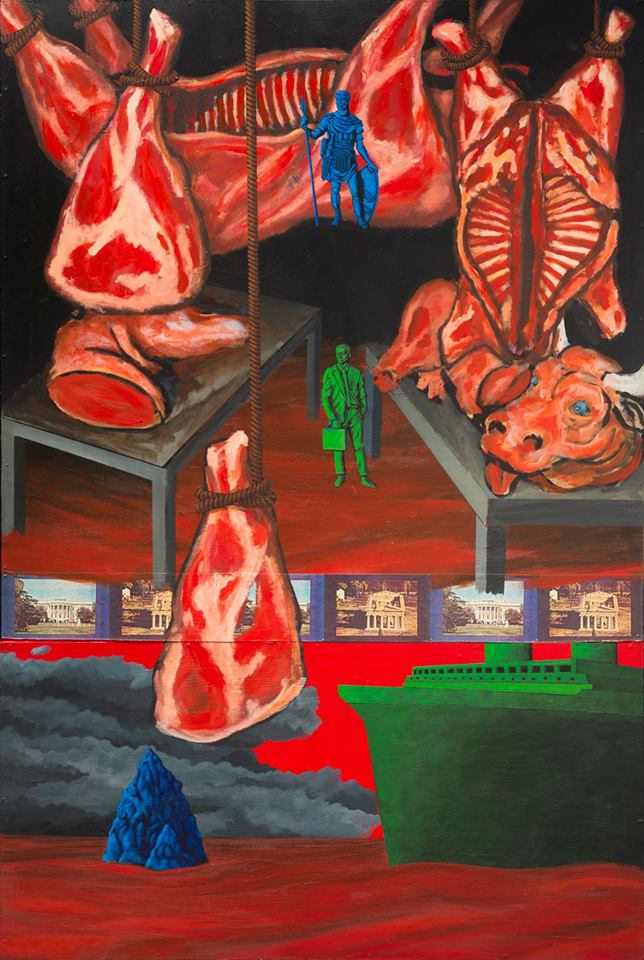