Connection: The Many Forms of Communication

On view through Saturday, July 14th

Do we, as human beings depend on communication? How do we communicate and connect to each other? What do we want the world to see through our communication? Are we ever our true selves?

A broad theme, communication and human connection, allows these five artists’ to let their own perspectives’ take control of the show. Ellen Sauter is an employment specialist for a scattered site-housing program on Chicago’s Southwest side, and she found through her direct service that communication in all its forms has become central to her life. Our world is made up of a multiplicity of different forms of communication, and consistently we as humans crave and need a form of human connection to survive. From the smallest most obscure creatures in nature to human beings, we utilize language, verbal, written, visual, or non-verbal forms to communicate and connect with others.

It has become more apparent in my work as a social worker that nonverbal communication is the most telling; hidden in pauses and facial expressions one can understand what the other is saying without ever speaking. At its most basic form, communication can be seen in nature in the way that trees stay connected by creating an intimate network that shares nutrients and information. And in a broader sense, how our society depends on communication and connections with each other.

Each artist chosen to exhibit in this show expresses the ways communication affects their lives through their chosen medium. Some artists’ grapple with the role communication has in forming relationships, creating anxieties, and discomforts with others. Or how we communicate messages to the public through signs and physical actions both in Chicago and other area. Others contemplate our sense of community, and how we communicate with ourselves internally and in understanding how to establish their identity. And finally some are inspired by their heritage and communicate it through certain artistic styles and mediums.

John Bergin
I am a nonbinary artist/creative currently based in Chicago, IL. My pronouns are they/them & if you want to address me formally, you can use the honorific “Mx”. I work with several different artistic mediums to fill my quiet spaces. All of these photos were taken in the past year, a year where I grew up out of myself while simultaneously growing down into myself. Each of these photos unpacks a piece of the year with the stories they tell. There is silence and reflection – alone with yourself, standing still. The deepest communication, the strongest connection, a relationship built on lasting foundation: these come from being quiet. Even in the noisiest photos, with clamor and color and love exploding, there is a silence: an opening of a door, for you to choose to peek your head in, to see what is there. I arranged these photos as a way to follow this quiet through each of its costume changes.

Julia Briggs
My work illustrates a gawky skepticism towards relationships. The characters in my paintings and sculptures want what they are afraid of and fear what they desire. This contention revolves around companionship. The forced proximity of a community demands they be comfortable, but the characters are hesitant to settle in. They are puzzled together, creating an illusion of limited air, with shared and tangled limbs that emphasize their apprehension. This awkward mix actualizes the figures’ dilemmas: reluctance to be vulnerable, hence preventing them to be comfortable with one another.

The simultaneous fear and obsession for intimacy derives from my own experiences growing up in a household among relatives I did not relate well with. Forced together, we awkwardly tried to connect our differences. The illusion of limited space in the paintings and sculptures is a construct of the pressure I felt to be comfortable, but failing; and uncomfortable with the desire to belong. By gripping and holding one-another, the figures in my paintings and sculptures reveal a heightened urge for codependency.

My paintings are composed using saturated flesh tones of purple, rose, and blue hues to emphasize the somber nature of the content and the depth of the form. I use a quick hand while carving and painting, exercising the fear of violence that relationships may cause. My work is very “touchy”; hands and feet overlap in the unsure environment, questioning their own touch. The people are often anonymous in both mediums to relate with the vulnerability of being part of a crowd.

Judy Weinstein
These images portray expressions of protection in the Texas hill country. Each has its own stereotypical, reductive reputation preceding– Texas’ affinity for firearms & Chicago’s propensity toward gun violence. This collection is not meant to serve as commentary, simply representative of my observations at the beginning of a deeper exploration of the two places in which I have lived long-term. Rather than accepting sensationalized coverage, my aim is to provide the viewer my experience, simultaneously local and transplant boots on the ground.

Arlo Chapple
My artwork is heavily influenced by illustrations and drawings of the past while using modern media to create new, sometimes-strange forms. I draw inspiration from woodblocks from 18th century Japan, American cartoons of the 1980s and counterculture comics. In my work I create creatures and chimeras that are intended to resonate with the viewer by showing how the strange beings that live inside us all (whether they be microorganisms or micro-personalities and tendencies that operate within us) are actually all rather friendly, weird as they may be. I tend to work in media that allow for movement through time, such as animation, or media that can be rearranged and interacted with, like tabletop games. In all media I work in, I try to give access to a strange other world in hopes of helping the viewer look afresh at their own. I think of my tile creatures as a form of language or visual code, meant to be mixed up just like fridge magnets because the way we organize our language fundamentally changes its meaning.

Lydia House
Lydia House is self-taught artist, following in the long tradition of global folk artists. She draws inspiration from her Russian heritage and time spent living in Virginia. She has grown up surrounded by folk art, where it be the stories her mother told her, the art around her home, or living in Colonial Williamsburg. You can see her work at the Andersonville Midsommarfest, the Bloomington Arts Fair on the Square or on Instagram: @lydia_inthehouse. 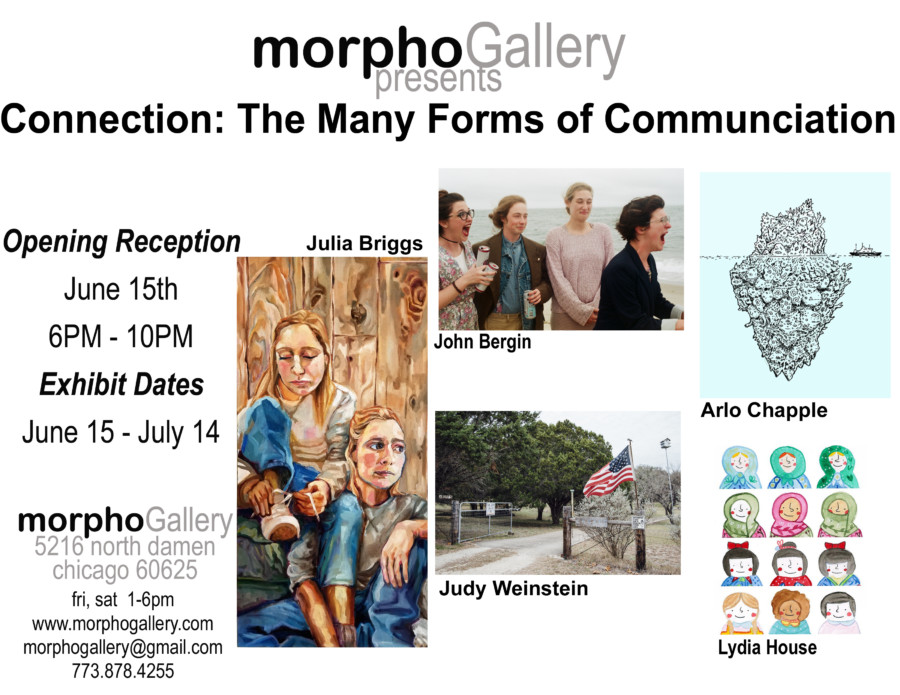