BCH Mixtape: Vol. 4 is the next installment of the ongoing series, which showcases independent short films. It comprises a variety of moving image-makers, continuing Black Cinema House’ mission to uplift Black cinema. The BCH Mixtape series aims to particularly champion an array of works by independent creatives, reflecting the breadth of Black perspective and imagination in cinema.

The program will screen multiple works from each filmmaker. This ” cinema mixtape” will feature Dana Washington, Briana Clearly and Atlanta- based artist collective House of June!

From Briana Clearly, we will feature “Monita”, a narrative short about a young woman who is forced to make life changing decisions by herself. The titular role is played Bella BAHHS, in her first onscreen role. “Love in Progress” is a personal documentary about Clearly’s journey and experience with love and relationships. It’s experimental in form, using a variety of imagery and patterns to convey emotion.

Dana Washington will screen three works. “Liberated Zones” is described by Washington as “a film that is part manifesto and guided meditation concerned with activating the imagination and engaging with the imagination as an intervention against Black suffering.” “Heartburn” is a spoken-word poem and video written and performed by artist-activist Noni Limar. As described by Limar, the piece is a “dedication to the medicines of motherhood.” This film was commissioned by Black Lives Matter. Lastly, “UNDER BONE” is a “narrated experimental-drama featuring ethereal vignettes linked by a woman’s devotion, grief and ancestral evocation, as she traverses stories beneath her rib cage.”

House of June’s “Levitate, Levitate, Levitate” is a “sci-fi experiential drama that unfolds the narratives of four lives, interconnected by looming numinous travel, framing Atlanta as its muse.” Their short, “Q & A” is described as “a short, dope film about colorful inquiries”.

Please join us after the screening for discussion centered on the artists and their featured works! The event is free, no RSVP required! 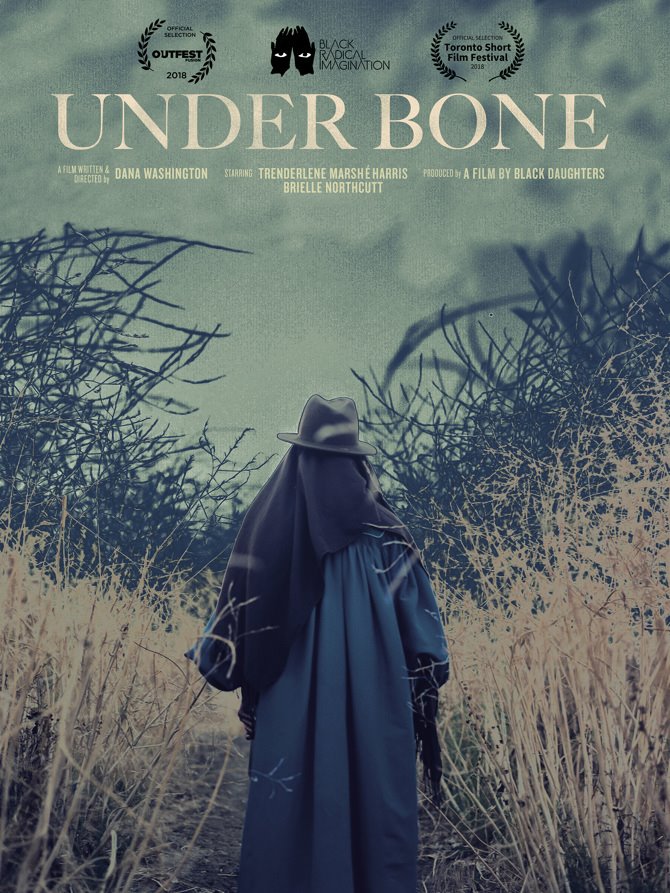