As part of Art Design Chicago, a year-long celebration of Chicago’s art and design history spearheaded by the Terra Foundation for American Art, Rebuild Foundation presents A Johnson Publishing Story, organized by artist Theaster Gates and on view at the Stony Island Arts Bank (6760 South Stony Island Avenue) June 28 – September 30, 2018. Founded in Chicago in 1942, the Johnson Publishing Company (JPC) held dominance over the African American publishing and media landscape for many decades with publications Ebony and Jet and the nationally syndicated TV show Ebony/Jet Showcase. A Johnson Publishing Story will examine the role of the JPC in defining and disseminating a black aesthetic and culture to national and international audiences in the mid-20th century.

The exhibition will spotlight materials from the Johnson Publishing Archive, which features more than 15,000 items donated to Rebuild Foundation by JPC including books, periodicals, ephemera, paintings, and sculpture. The archive also includes original furnishings and interior design elements custom-designed for JPC’s downtown Chicago offices by Arthur Elrod. Known as the Ebony/Jet Building, designed by John W. Moutoussamy and now a designated Chicago Landmark, the offices at 820 South Michigan Avenue. opened their doors in 1972 with 11 floors of individually decorated private offices, work areas, and entertainment spaces. During the exhibition, Stony Island Arts Bank will be transformed, with the second floor Johnson Library becoming “The Johnson,” a small lounge and reading room reflecting the design sensibilities of JPC and Eunice and John Johnson, and the third floor exhibiting photography.

“I am thrilled that Rebuild Foundation is presenting the A Johnson Publishing Story highlighting the culture, lifestyle and inspiration of Ebony and Jet and their imprint on the African-American community,” says Linda Johnson Rice, Chairman of Johnson Publishing Company. “My parents, John H. and Eunice W. Johnson spent decades collecting art and artifacts to showcase within the unique setting of the Johnson Publishing Company building. This collection curated with love by Theaster will be a visual feast for all to enjoy.”

Theaster Gates, Rebuild Foundation founder and Executive Director, said, “A Johnson Publishing Story is a turning point for the Stony Island Arts Bank. It is part of our deep belief in the objects and histories of African American material culture and our stories.” Designer Thomas Leinberger and artist Devin Mays will work with Gates to realize the exhibition for A Johnson Publishing Story.

Responses to the Johnson Publishing Archive by contemporary artists on display in the exhibition will highlight the ongoing relevance of JPC’s legacy in American culture. A book will be produced to detail JPC’s rise to prominence as the largest African American-owned publishing firm in the United States. Together, these project components will demonstrate JPC’s influence on popular conceptions of Black identity and culture, in and beyond Chicago.

“Johnson Publishing Company’s impact on American culture is vast,” said Amy Zinck, Executive Vice President of the Terra Foundation. “There’s no one better to tell the creative story of Johnson Publishing Company than Theaster Gates and the team at Rebuild Foundation. From the start, the cultural coverage, photography, and aesthetics of the publications provided a global presence for Chicago artists and designers.”

Spearheaded by the Terra Foundation for American Art, Art Design Chicago is a year-long initiative that explores Chicago’s role as a catalyst and incubator for innovations in art and design. A Johnson Publishing Story, along with exhibitions which investigate interrelated histories including South Side Stories: The Time is Now! Art Worlds of Chicago’s South Side, 1960-1980 at the Smart Museum of Art, South Side Stories: The Art and Influence of Dr. Margaret T. Burroughs at the DuSable Museum of African American History and African American Designers in Chicago: Art, Commerce, and the Politics of Race at the Chicago Cultural Center, will shine a light on Chicago’s art and design legacy, providing new insights into the city’s enduring influence on fine and decorative arts, graphic and commercial design, product development, and film, and revealing lesser-known narratives of ingenuity and perseverance. 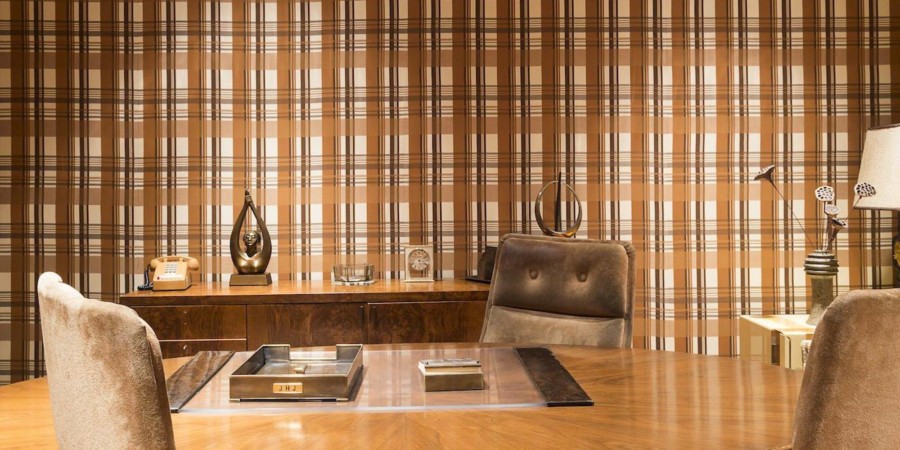