Zoe Leonard: I want a president

On view through Friday, June 1st

Chicago-based artist Robert Chase Heishman proudly announces the debut of his new curatorial project, LANDLINE, a scrolling LED sign that will present thought-provoking texts made by contemporary artists, writers, and thinkers. LANDLINE will feature new contributions on the 1st and 15th of every month out of the west-facing window of Heishman’s home in the Pilsen neighborhood of Chicago.

LANDLINE’s inaugural text will be I want a president by New York-based artist Zoe Leonard. Written in 1992, I want a president was initially meant to be published in an LGBTQ publication that ceased production before the poem could be published. Photocopies of the poem were then distributed in the manner of a pre-internet meme. Throughout the years the poem has continued to find relevance, and in 2016 was referred to as a “devastating and legendary poem…” by Paper Magazine. LANDLINE is thrilled to present this important text in Chicago.

This debuting text will commence at the start of day May 15 and conclude at the end of day June 1. There is no opening reception in conjunction with the debut of this text, however, free fruit (limited quantity; inquire within) can be picked up at the nearby corner store Miranda’s Grocery (1037 W 19th St, Chicago, IL 60608; open 7:30AM–9PM).

LANDLINE is a scrolling LED text sign curated by Robert Chase Heishman out of the west-facing window of his home/studio. On the 1st and 15th of every month a new text will be programmed. Accompanying each text will be a sound file (chosen by the contributor). Sound files can be listened to on this website, or by calling +1 312 281 7366. 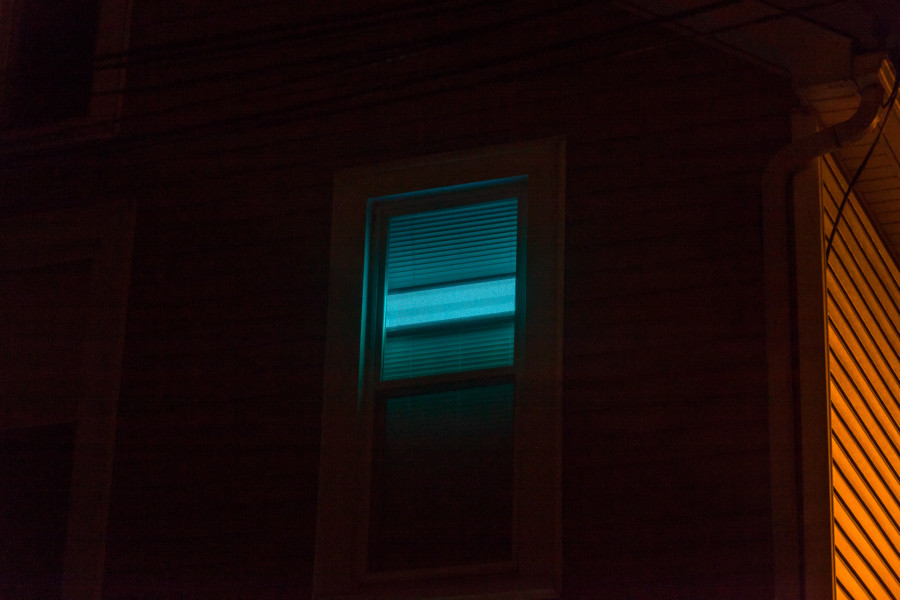