In this show, we see portrayals of men that run from sexual to sympathetic to sentimental. The exhibition asks viewers to consider: is the female gaze simply a reversal of the male gaze–that is to say, men rendered as sexual objects for the viewer’s pleasure; or is the female gaze best understood as a new generation of women learning to look at themselves and others in a new way?

Laura Mulvey coined the term “the male gaze” in her 1975 essay, “Visual Pleasure and Narrative Cinema.” In the essay, she states that the female gaze is women looking at themselves through the eyes of men. More than 40 years have passed since Mulvey wrote her still powerful essay. Do alternative modes of seeing and representation exist in the world, or are artists and viewers alike still trapped in a binary of active and passive? 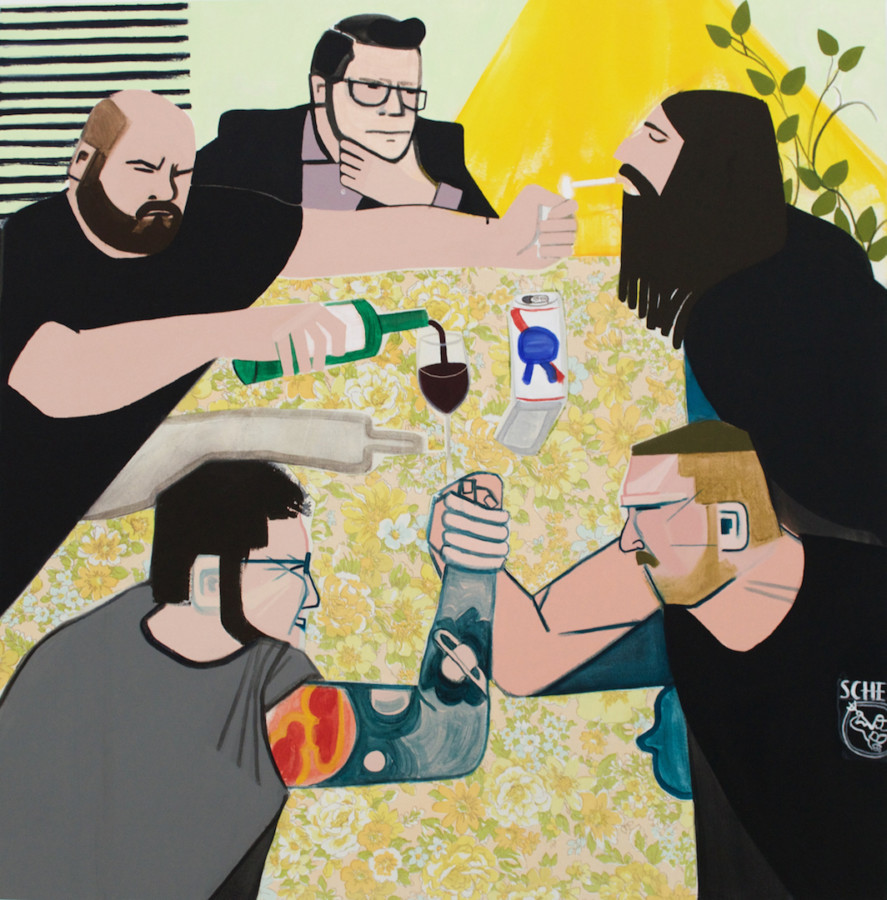