On view through Saturday, June 9th

Jason Dunda and Andreas Fischer together is a curatorial inkling born from the mother of invention.

Fraternal twins in their painterly roots, both reside in a place where figures still live if only to be abstracted. But not toward the nonrepresentational hell-bent on universalist purity to empty out perceived content.

No, these guys live in the present and so readily acknowledge their relationship to the dust bin of art history. How they react to or interact with our contemporary world, though, betrays shared neuroses about their process, which moves along at different speeds, each taking turns in their own vehicles to assume the lead, oftentimes on different routes to arrive at the same place.

Because real lives matter, the question then of what constitutes life and how to represent or express or comment about the human condition is addressed through the figurative “tradition”.

At first glance, the viewer might be confused as to which artist is whom looking at their paintings—faces or else bodies occupying or co-habitating carefully composed, canvases in a flurry of gestural strokes as the two expertly control the ebb and flow of color formally.

Independently, their work really talks about act of painting as practice through process: meticulous, devoted to craft, old-fashioned in their reverence to material technically paying attention to technique yet not a slave to just pure observation.

But take pause and examine closer to see where their paths diverge in portraying the subject through glorified people-watching; one externally, the other internally.

So start with Jason Dunda who does so from outside, a measured distance with a smirk. He is judge, jury, and executioner to Mankind’s foibles, those making the wrong kind of history to rankle his skin and boil his blood but fair game for his maybe kinder and gentler wit.

Andreas Fischer considers the same mad, mad world through a mirror. And what society reflects makes him anxious with questions of his complicity: Why do I feel responsible? Is it my fault? Am I guilty as charged?

So “Two artists, one process”… 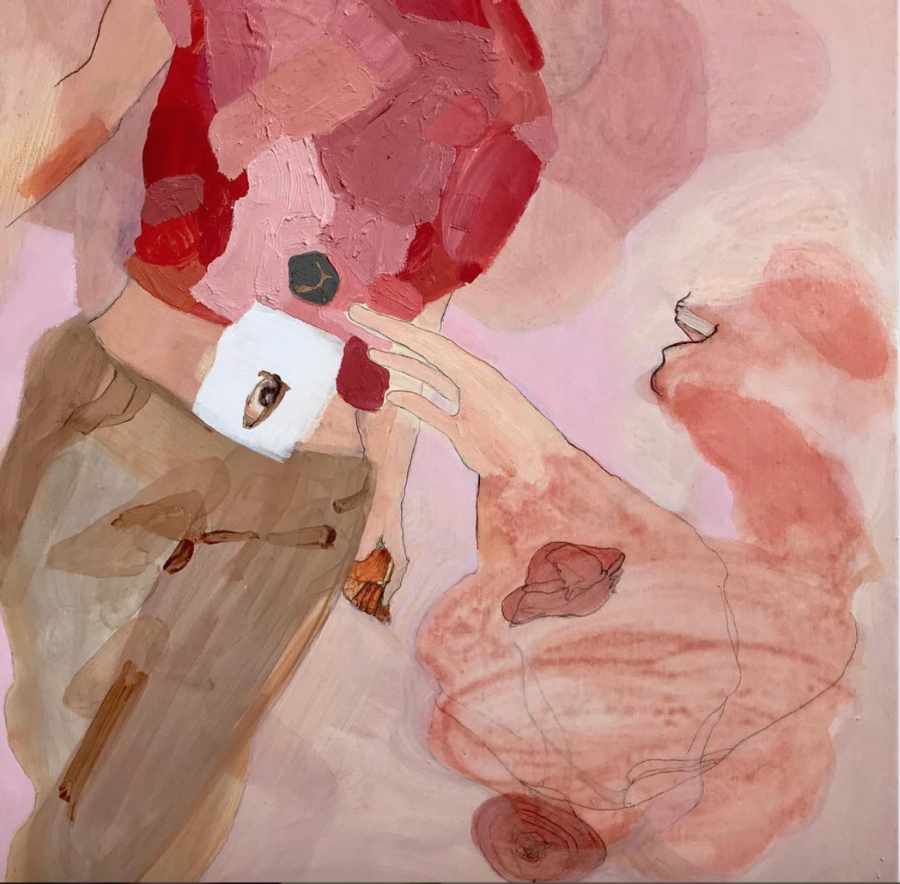