When this surveillance program (Operation Virtual Shield) was introduced, Mayor Daley declared it was the city’s goal to have a camera “on every corner.”

My work deploys varied modes of observation as responses to, extensions and complications of the Chicago Police Department’s surveillance network. It attempts to de-center the primary point of view from the Chicago Police. It aims to treat PODs as invitations to participate in a broader conversation on the power dynamics, meanings and ways of seeing, being seen in and making use of public space.

For Public Space Camp I would like to hold an observation and drawing session with members of the public. Participants will be asked to bring their own drawing/observation devices. I will supply a limited amount of paper and drawing utensils. The drawing session would take place at the intersection of Central and Lake in Chicago, IL just east of Oak Park and Compound Yellow. After the drawing session, participants would be invited to walk back to Compound Yellow to share, view, and discuss drawings. 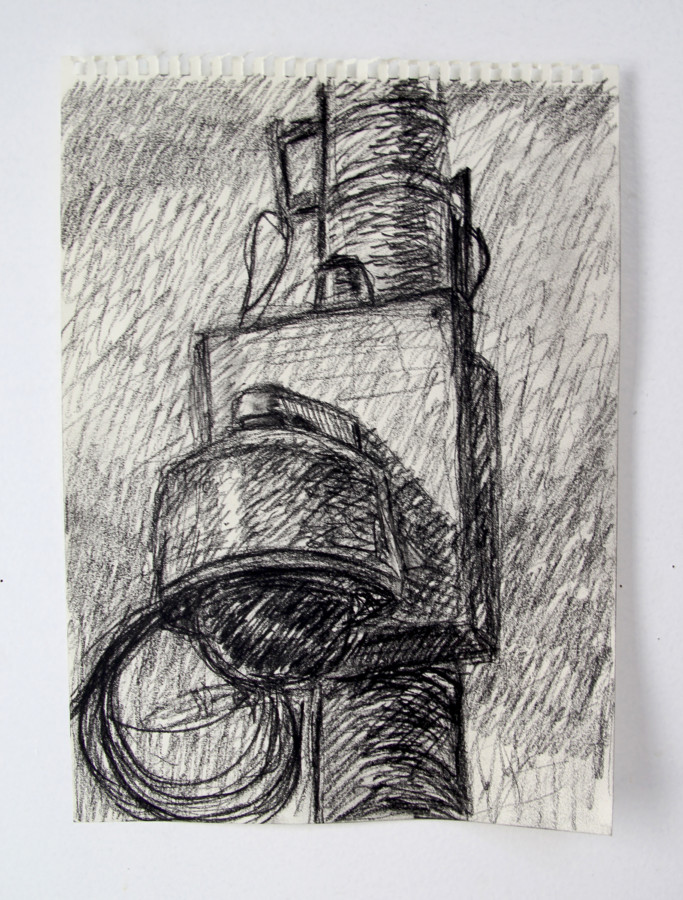