On view through Friday, June 1st

“David Heo is messing with you. His flat futurism is urban anime mixed with realist portraiture in an wildly colorful 80’s pallett. Classic greek pottery imbued with contemporary technology and sex positivity. Violence and tigers and Matisse remixes. Everything is splendid and odd and immaculate on his canvas. A radically fresh voice in Chicago’s revolutionary and growing visual space.”

“These Nights” is an exhibition featuring 15 new works by Chicago-based artist David Heo. Instead of focusing on the craziness that ensues on a Friday evening, Heo depicts the quieter moments of nightlife. Chaotic nights filled with colored light beams and shots that usually end late at a 24 hour diner. Heo fixates on the intimate connections shared between friends and lovers, as they navigate through this atmosphere. Heo’s use of color illuminates these honest moments shared amongst friends or even strangers. The saturated colors contrast the intimate nature between people. The viewer becomes implicated in the work, acting as both voyeur and participant.

Join us for the opening reception and silent auction of “These Nights” on Friday, May 11th at 7 pm. All proceeds from this auction will go towards Young Chicago Authors in support of their mission.

David Heo has been living in Chicago for the last seven years, but is a native of Acworth, Georgia. He is a current MFA candidate in the Painting and Drawing department at The School of the Art Institute of Chicago. Heo’s work has been exhibited nationally, featured in online publications and has appeared on Pop TV’s series Hot Date. 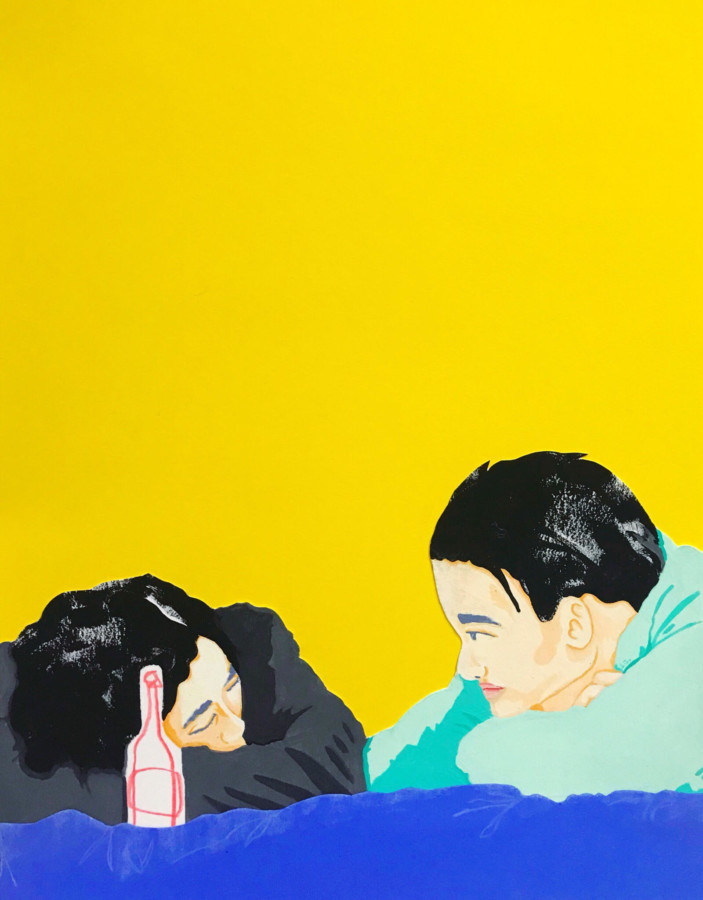