On view through Tuesday, April 10th

Peter Land was born in Norwich, England, a medieval city which together with the early influence of his paternal grandfather, a stone-mason, had a profound influence on his decision to pursue work in the field of architecture. Land was awarded a Gran Prix for his graduate studies of urban design at the Royal Academy Schools in London, and holds a diploma from the Architectural Association School of Architecture, a Master’s Degree in Urban Planning from Yale University, and a Master’s Degree in Architecture from Carnegie Mellon University. He is an Associate of the Royal Institute of British Architects (RIBA).

He has worked as a practicing architect internationally and in the United States, and is widely recognized as the director of the United Nations Experimental Housing Project (PREVI), a large high-density, low-rise social housing project with passive energy and earthquake resistance considerations in Lima, Peru, from 1968 until its completion in 1973. Prior to PREVI, he was appointed by Yale University as Field Director of a four-year inter-American graduate program in urban and regional planning at the National University of Engineering in Lima, that awarded him Honorary Professor status and the “Order of the Sun” highest civil decoration by the Peruvian Government.

He has taught at Harvard University and in a number of other leading institutions in the field, and is presently a Professor in the College of Architecture at the Illinois Institute of Technology, where he is engaged in teaching and research centered around housing, urban planning, and structures for electrical energy generation. Prof. Land received the Distinguished Designer Fellowship from the National Endowment of the Arts in 1988, and the IIT Excellence in Teaching Award in 1977-78 and in 2015-16.

This retrospective will examine in tandem, Land’s architectural practice, with selections of work from over four decades (including PREVI, Economic Housing Studies, Shadow/Sun Environment Examination and Building Heights, and the Self-Powered Built Environment), and his career as an educator, with a selection of notable work by former students on view.

An opening reception will be held on April 2, beginning at 5pm.

The evening will include remarks from Matthew Berglund and Ron Kwaske, former students of Professor Land, who will offer their reflections on the way in which he has influenced their own practices in architecture. 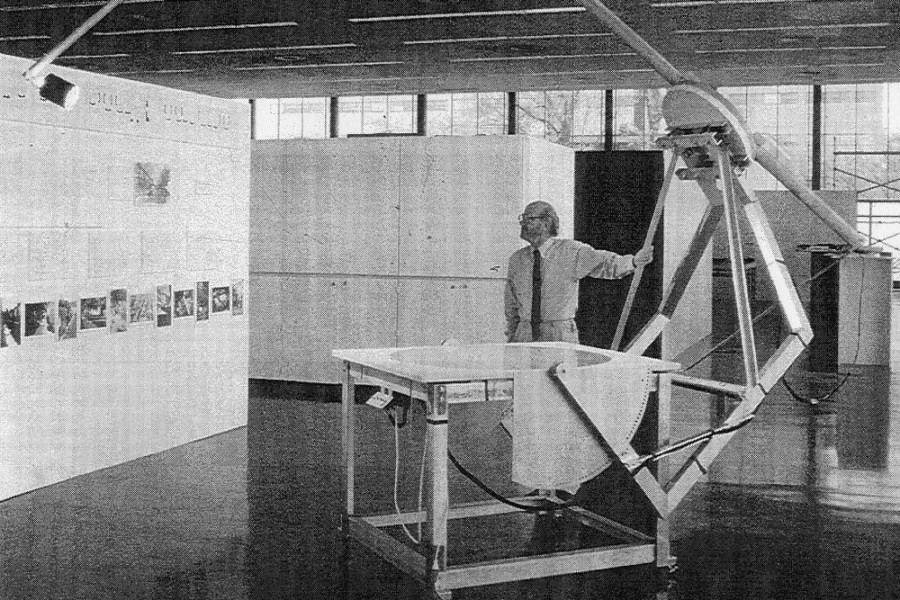