boundary presents Meg Duguid: Parade for a Nuclear Bomb on April 14 1-3p with a culminating event on April 28 (details tba).

Please join us to participate in a parade or be a spectator! Bring instruments, costumes and any parade outfits you throw together..bring it South Siders…you’ve got ensembles from the SS Irish Parade! Kids, adults & family pets are welcome.

In 2012, Duguid optioned the rights to James Agee’s script, The Tramp’s New World, originally written for Charlie Chaplin’s Tramp character. Duguid’s project, entitled The Tramp Project, is made up of a series of events, exhibitions, and performances. For this exhibition, Duguid is using the gallery as an extension of her studio to create a scene in which a parade for an atomic bomb launch is produced. She has installed a scenic backdrop, a prop plane and bomb creating a scene in which a town excitedly prepares for the launch of an earth-destroying bomb. “The set” will be used for a series of interactive performances and the resulting documentation will be used in The Tramp Project . 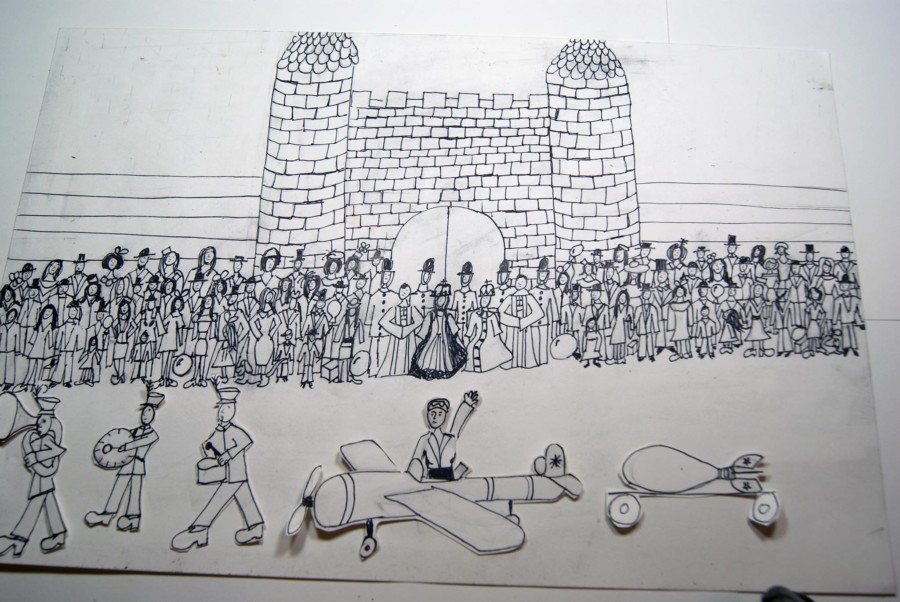