Please join us on April 28 6-8pm for the culmination of Meg Duguid’s project “Parade for a Nuclear Bomb”. Duguid will present the work she has developed during her residency at boundary–including our parade day on April 14! We hope to see you on the 28th.

This project is a part of the Tramp Project.

About the Tramp Project

The Tramp Project is a performance for film project based on James Agee’s script, The Tramp’s New World, originally written for Charlie Chaplin’s Tramp character. Throughout the Tramp Project, I am generating a set that is a platform for a series of performances. The result of those performances will be a fully edited feature and cinema experience, a series of objects and sets, and a series of production stills, all of which can be interchanged in various exhibitions and screenings that continue to loop from performance to documentation and back to performance again. In essence, the performance is the shooting of the film, the film is the documentation of the performance that is screened to an audience while an experimental band plays a live score, the live score is then edited into the film, which is then rescreened to a new audience…. 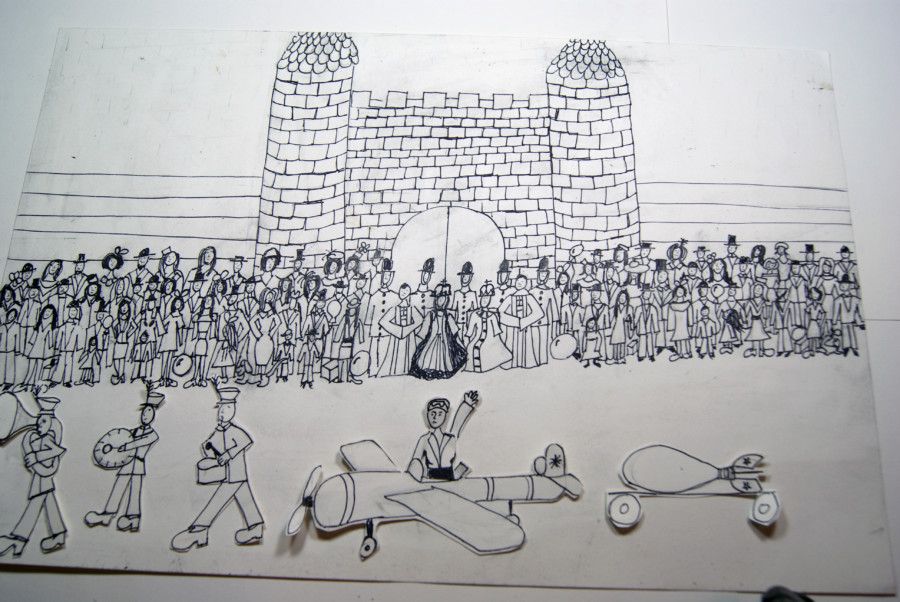