On view through Wednesday, May 5th

For the past several years, Matt Morris has been making paintings of paintings by conceptual artist Sherrie Levine. After numerous public exhibitions of works that directly referenced or quoted from other artists’ practices, Levine began making abstract paintings without specific source material in 1985. That same year, Morris was born as an identical conjoined twin, and was separated from his twin four days after birth. Considering the interruption of Levine’s dialogical method of production at the time of his birth, Morris aims to hold forms of memory and history together. Melancholy, object loss, and other psychoanalytic forms support this inquiry. He has constructed an archive of source references to Levine’s painting practice and reenacts the paintings at the same scale and in the same materials that Levine used previously. 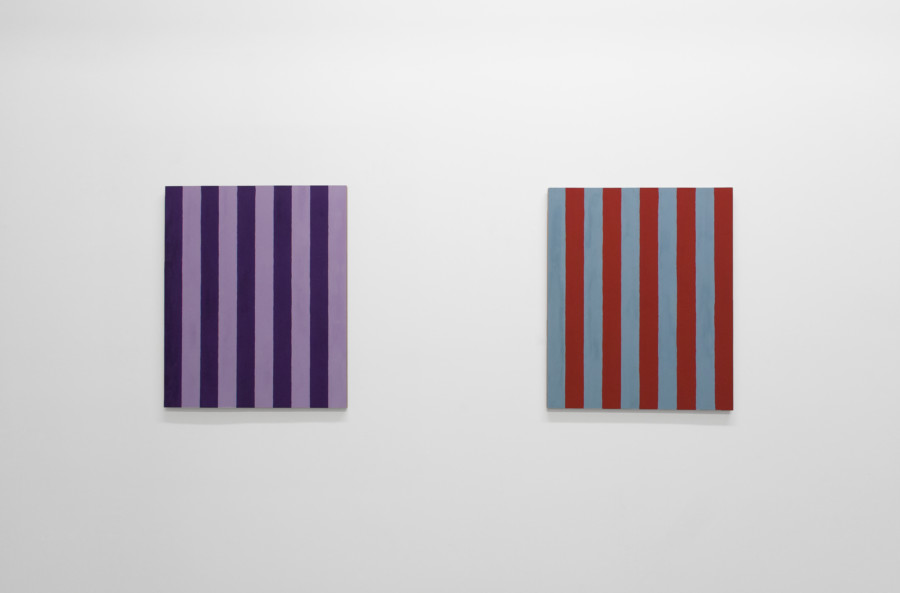