On view through Saturday, May 19th

Stuart & Co. Gallery is proud to present Images on File, a group show curated by Robin Dluzen that presents the work of five artists engaging with memory. Through a variety of media –painting, digital prints, video, installation and ceramic– memory is used as content and allegory, as a tool for art-making and a conceptual framework, and as a signifier of identity and collective consciousness. In different ways, Lynn Basa, Lou Carney, Tian Jiang, Shaina Lund and Bibiana Suárez prompt the viewer to consider how and why memories are created, recalled and evolved.

For Basa, a murky, unsettling memory from her rural childhood serves as the basis for a series of large-scale, organic pods, installed both inside the gallery and hung from branches outdoors. Lund, too, mines her personal recollections with a selection of found items within custom memory boxes, and Lunar Cycle, a ceramic form composed of layered debris marking the output of her studio over the course of many months.

Jiang and Carney each manifest particular characteristics of memory in their works. Jiang’s looped video projection on clay is suggestive of the way repeated, daily visuals imprint themselves on our subconscious. Carney’s scenes are painted entirely from memory; with highly detailed figures on indistinct grounds, the artist’s works are directly reflective of our tendencies to remember only the most significant features, rendering the rest a haze.

In Suárez’s Aves Raras series, the memories depicted are shared ones. Here, vintage maps of Cuba, Mexico and Puerto Rico, Miami, El Paso and New York City, are overlaid with the flight patterns of native birds –a symbol for the movement of Latinos over time. Suárez’s prints highlight collective experiences that span locations and generations.

Maintaining a contemporary vision, Stuart & Co. Gallery strives to represent emerging and mid-career artists at the forefront of expression. Since its inception in 2012, Stuart & Co. Gallery has been home to innovative, pioneering exhibitions across a multitude of media and genres. The gallery embraces multidisciplinary, interdisciplinary and cross- genre art forms in addition to traditional practices.

Robin Dluzen is a Chicago-based artist, art critic and curator whose artwork has been featured in venues throughout the country. The former Editor-in-Chief of Chicago Art Magazine, Dluzen now writes regularly for Visual Art Source. Her writing has also appeared in Art Ltd Magazine, ArtNet, Art F City, The Outsider Magazine and Sports Illustrated. Dluzen received an MFA in Painting and Drawing from the School of the Art Institute of Chicago.

Please join Stuart & Co. for the opening reception of Images on File on Saturday, April 7th, 2018, from 7 – 9pm. A complete list of participating artists can be found below.

For more information please contact Britney Lipton at (312) 487-1850 or via email at britney.lipton@stuartandco.com. 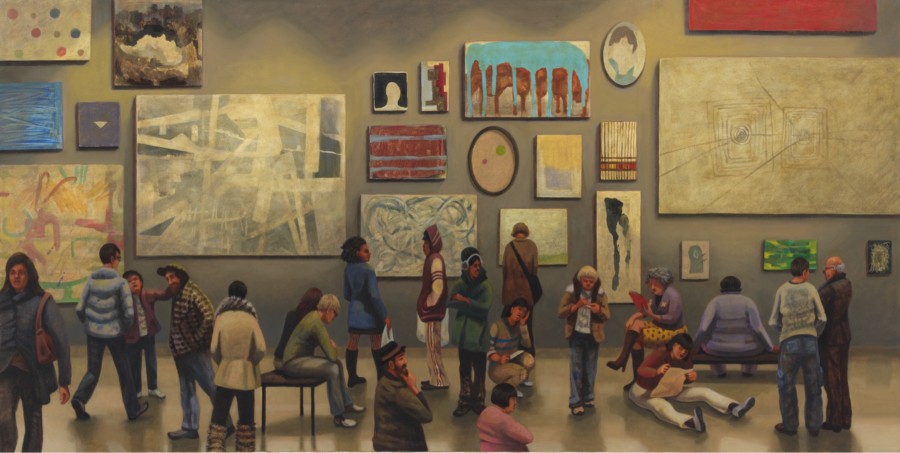