2:00-3:00
Join Walter Benn Michaels, the curator of the current exhibition Form and Class, as he leads a walk through of the works and his curatorial process.

Daniel Shea has been awarded the Paul Huf award by Foam museum in Amsterdam, a prestigious prize and exhibition given annually to an outstanding photographer under 35. Shea won the award with the series of works now published in the weighty book ‘43-35 10th Street’.

It is always worth asking if an observer alters the subject they observe: Daniel Shea is acutely aware of his role within the operation of neoliberalism. Shea is based in Long Island City, from where he has observed the rapacious processes of recent real estate development. This book moves us from the end and edges of built community to its inner-city nascence. It combines observations from Shea’s neighbourhood with impressions from the Modernist icon Brasilia and the arid Searles Valley in the American West. These are contrasted and superimposed. Few specificities of the sites can be deciphered, but impressions accumulate and coalesce. Shea looks at architecture: its surfaces, its forms and its designs. In concrete he finds aesthetic pleasure and a connection to Modernism’s aspirations and failures – both ripe for fetishisation. He looks too at reflections, challenging the photographer’s position
documenting or fashioning the world around them. These planes are saturated with meanings; with time, connections start to be deciphered.

Born in 1985, Daniel Shea has lived and worked in Long Island City, Queens for five years. He studied at the Maryland Institute College of Art and later the University of Illinois at Chicago and hastaught on several North American art programmes. His work has been exhibited throughout Europe and the United States, and books are a key element of his practice; previous publications include the now out of print ‘Blisner, IL’ of 2014 and ‘Warehouse Condo’ of 2016. 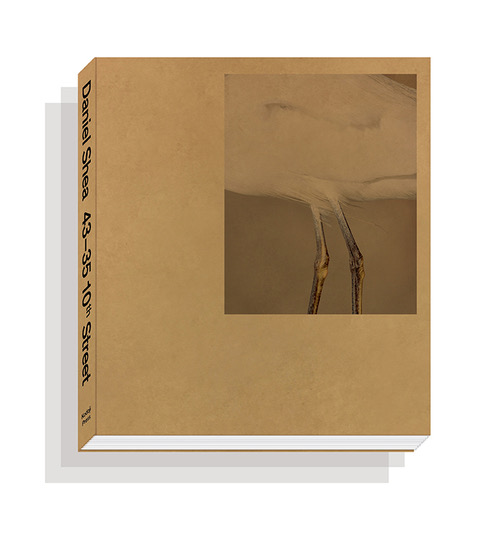