Chicago Filmmakers invites you to join us in celebrating the opening of our new home, a 1928 Chicago Historic Landmark firehouse purchased from the city of Chicago in 2016. After extensive renovations, Chicago Filmmakers has restored the retired firehouse and developed it into a new space that will be a vital cultural addition to the Edgewater community.

An Open House will immediately follow the ribbon cutting, with Chicago Filmmakers’ staff, board members, and instructors on hand to greet visitors and share information about Chicago Filmmakers’ programs. Musician, composer, and multi-instrumentalist Tukkiman will be performing his unique mix of Afro-Beat, World, Hip Hop, Reggae, and English Pop from 11:30am-12:30pm. Refreshments will be provided courtesy of Honest Foods Catering.

This is a FREE event open to all. 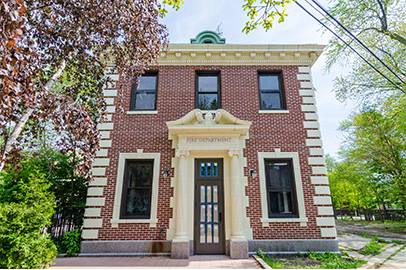