On view through Saturday, May 26th

It is with pleasure that Corbett vs. Dempsey announces Pressing On, an exhibition of new paintings and drawings by Brian Calvin. This is CvsD’s third show with Calvin and the gallery’s first full-scale exhibition of new work.

Brian Calvin emerged over the last 15 years as an innovator in the reinvigorated field of figurative painting in the U.S. Calvin’s studies at the School of the Art Institute of Chicago proved formative – indeed, he was a star student of Ray Yoshida and Barbara Rossi – although a return to California is also reflected in his vibrant paintings, which pop and glow with radiant light that might reasonably be called “West Coast.” Each intimately cropped work is imbued with emotional complexity and psychological character, in part through the act of cropping – often the figure (or figures) occupies a tunnel-like space, suggesting an intense interior space of devious monologue or whispered conversation. Recent developments in Calvin’s works include a focus on multiple figures – interlocking women’s faces, chiaroscuro yin and yang, sometimes smoking or pressing finger to lips. The paintings are often executed on board, which allows Calvin to explore different modalities of touch and mark, often more expressive than the flat, refined, harder-edged work of a few years ago. And Calvin has also returned to drawing, an important part of the first phase of his mature work; at CvsD he will show a group of new drawings, many of them vigorously worked, sometimes directly related to paintings, but featuring yet another characteristic feel, with scumbled lines drawn over paint. Pressing On includes large-scale paintings and a salon style wall of works on paper.

In the East Wing, CvsD is proud to present black-and-white photographs by Barbara Rossi in the exhibition Slippers. Never before publically exhibited, these photographs open a new view to the artist’s enigmatic practice. Charged with the same mystery and paradoxical qualities as her paintings and drawings, Rossi’s photography flips the everyday on its ear, evincing the marvelous from the mundane. In these small, exquisite compositions, driftwood shifts and slides into anthropomorphic portraits that feel more like topography or celestial swirls than cast-off wood left along beaches and shorelines. Like Giusseppi Arcimboldo’s amalgams of vegetables or fish, Rossi’s wooden figures snap from complete abstraction into resolute figuration, and once the face appears it is impossible not to see. Harmony of shadow and light couples with a sophisticatedly simple, but dramatic, staging to leave one in the gaze of each single driftwood personnage. As photographs, Rossi’s Slippers are basically unique in the canon of works by Chicago Imagist artists, who did not as a rule turn to photography as a medium. 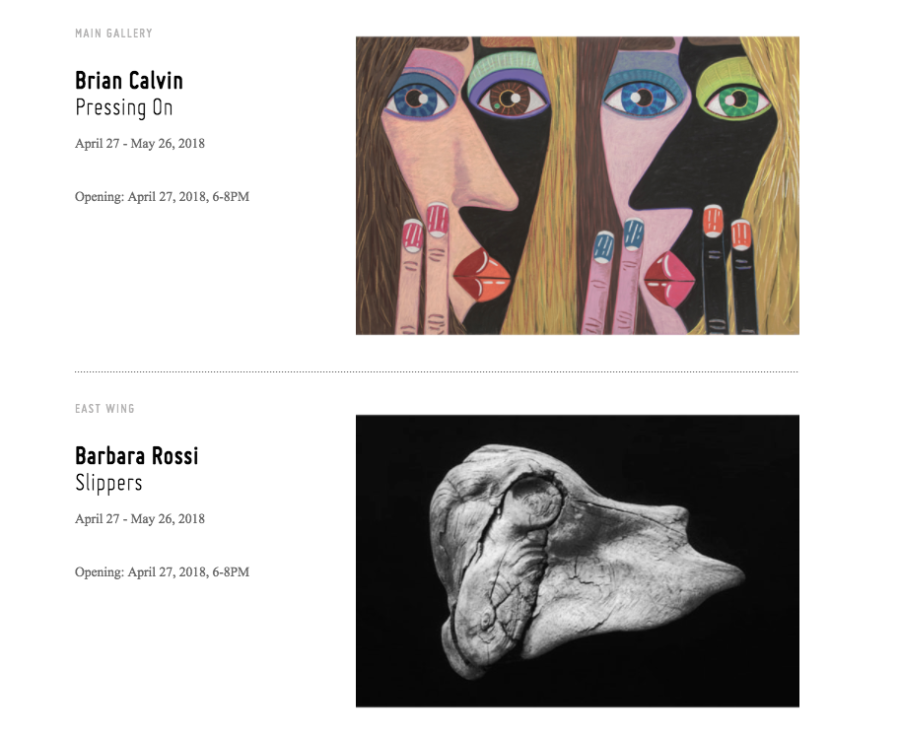