On view through Friday, May 18th

Artists Kimberly M. Harmon and Tracie D. Hall talk one on one about their poignant and timely two-woman show focusing on the interior of Black women’s lives as we approach the first quarter of the 21st century.

Black women have a several lifetime’s legacy of holding space for others, even while their own spaces are encroached upon.

In the year before her death, 28-year-old Sandra Bland had begun uploading a series of videos to YouTube. Recorded on her cell phone, these segments, called “Sandy Speaks” were meant to inspire those struggling against police brutality and racism. “Do what you can to be a positive light in someone’s life,” she urged.

Assessing her own efforts she added, “I hope that I’ve done that for you. Know that somebody loves you. Somebody is out there praying for you, and hoping the best for you.” Four months after that recording, Bland would be found hanged in a Texas jail cell.

In this exhibition which takes its inspiration from the writings of Bessie Head and Audre Lorde, the music of Bessie Smith and Alice Coltrane, the activism of Sandra Bland and Mamie Till, and the increasing disappearances of Black women and girls around the world, Kimberly M. Harmon and Tracie D. Hall offer both a testimony to the redemptive capacity of Black women’s physical, emotional, and spiritual labor and a call for reciprocity.

About the Artists:
Kimberly M. Harmon is a Chicago-based, multidisciplinary artist, mother, healer, mentor, educator, activist, and Founder of Sebe Da Healing Arts. Her visual, written, and Spirit work focus on Ancestor and Orisha communication, dream interpretation, the Akashic records, nutritional wellness, socio-cultural anthropology, and Spiritual restorative justice. Her visual work has been extensively exhibited in various solo and group shows, and she is Co-Founder of 33 Collective Gallery. She is a graduate student at DePaul University where she has designed a program that focuses on utilizing traditional African Ancestral ritualistic healing modalities, dream interpretation, and the arts for affecting transformative change throughout the African Diaspora. She is often a guest lecturer and workshop facilitator at various Chicago area institutions where she focuses on the accessibility of community and personal empowerment and wellness via the holistic application of traditional African healing modalities.

Tracie D. Hall is founding curator of Rootwork Gallery. She was born and raised in Los Angeles and has called Chicago home, on and off, since 2003. An active playwright and mixed-media artist into her twenties, a struggle with depression after the death of her mother halted much of Hall’s art-making. She says the work shown here represents “a slow coming back.” Other than the fact that she sees, Hall believes the only virtue that would recommend her is that she tries to move through the world as if she were free. 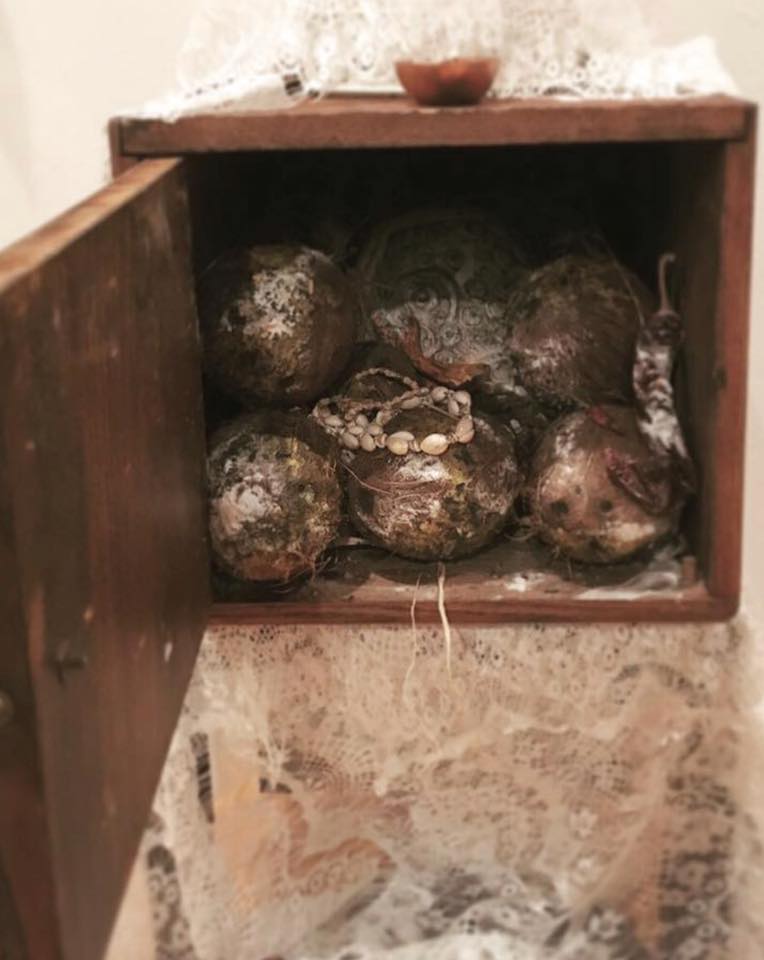