@ The School of the Art Institute of Chicago, Maclean Ballroom

On view through Friday, March 23rd

Visibility as Protest is about centralizing discourse and discussion in and around modern, multiple Asias, as opposed to Asia’s historical role as a foil. At the same time, we recognize the differences in the political, social, and economic constructs of the various imagined
communities across this space. This symposium is framed around postcolonial representation, challenging the continued hegemony of imperial powers.

In our consideration, critique, and evaluation of ourselves as positioned subjects in established institutions, we hope we can grow and adjust the discourse about the implications
of regionalization in our practices.

What does this do for us? And who is responsible?

Kritish Rajbhandari
Kritish is a PhD candidate in Comparative Literary Studies with a home department in English and affiliation with the Poetry and Poetics Cluster. He received his B.A. in English from Reed College in Portland, Oregon. His research takes the Indian Ocean as a framework to analyze contemporary novels from Eastern Africa and South Asia alongside a body of historical archives and scholarship. He is a recipient of the Presidential Fellowship for the years 2017-2019. He is also currently co-translating a book of poetry from Newari to English.

Ellie Tse
Born and raised in Hong Kong, Ellie Tse is currently pursuing a B.A. in Visual & Critical Studies at the School of the Art Institute of Chicago. She is primarily interested in the difficulty of identity formation and democratic process in polarizing and paradoxical national, transnational and “boundary” contexts–sites of struggle which play host to equally nebulous modes of socialization and acculturation found in and beyond Hong Kong and China. Actively building a parallel practice that bridges research and production, she is also committed to practice-led and participatory methods. Beyond the institutional confines of curatorial and academic practice, Ellie is involved with experiential education, community engagement and curriculum development, and has organized and taught several youth leadership programs internationally.

Suchismita Das
Suchismita Das is a PhD Candidate in the Department of Anthropology at the University of Chicago. Her research interests include Political Ecology, Multicultural Recognition, Development, Tourism, Indigeneity, Borders and Frontiers. Her dissertation is titled “Of Nature, Nation and Citizen on the Himalayan Frontier: Biocultural Diversity Conservation as Politics of Recognition in Sikkim, India.” Based on fieldwork in north-east India, Suchismita’s work looks at conservation and tourism as sites of ethno-politics in the region. She studied at Delhi University (M.A, M.Phil), before coming to Chicago. Suchismita has also previously worked at an Indian environmental research organization, documenting the politics of conservation in Southern India.

​
Xue Yang
XueYang is an M.A. candidate at the School of the Art Institute of Chicago. She received her B.A. degree in Art History from Carleton College in Northfield, Minnesota. Her primary research interest lies at the various intersections between popular culture and politics in East Asia, often with a particular focus on gender and/or government and public policy. Her other research interests include music industry studies, mass media, and identity politics.

​
Eilin Rafael Perez
Eilin Perez is a third-year PhD student in History at the University of Chicago, focusing on Korea’s involvement in solidarity movements of the decolonizing world. He is passionate about building and maintaining support networks, learning through visual and oral storytelling, and expanding educational access to communities outside of traditional academic settings. A native of Flushing, Queens, he holds a B.A. in History and Asian Studies from Williams College.

This event is co-hosted by Asians and Asian Americans at SAIC (AAASS) and South Asian Students Association (SASA) and co-sponsored by SAIC’s Student Government, Diversity Advisory Group, the Shapiro Center for Research and Collaboration, Department of Visual Critical Studies, and Department of Art History. 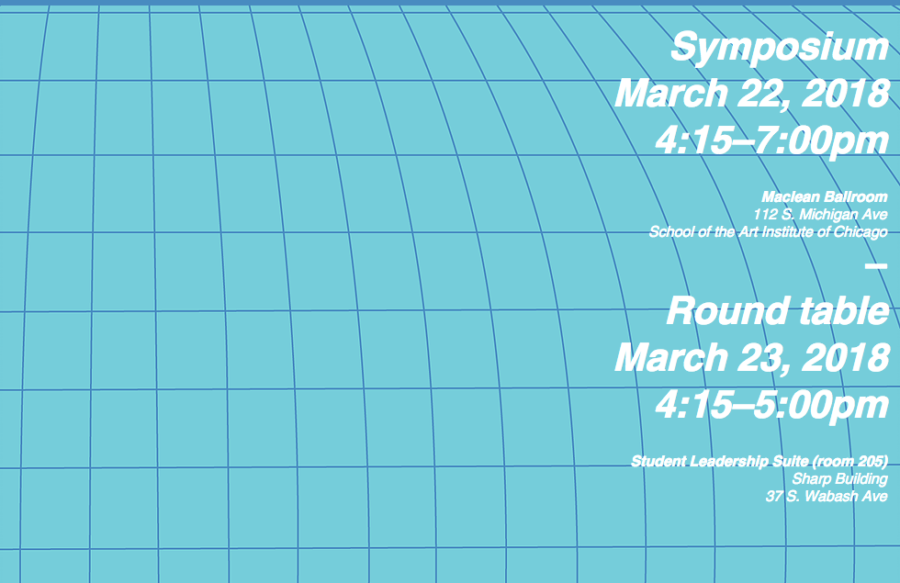