On Saturday, March 10 at 4:30m, Deidre Huckabay and Jenna Lyle will present Two Flutes One Mic. A series of duets–two performances and a gallery discussion. This event starts at 4:30 pm. This event is free and in Tandem with Lou Mallozzi’s 1:1.

Composer, performer, installation-builder, and administrator, Jenna Lyle has worked with various ensembles and specialized in the performance of works by living composers. She has presented her own works as well as those of her colleagues throughout the U.S. and abroad, with performances recently by Spektral Quartet, Mocrep, Chicago Composers Orchestra, Loadbang, D U C K R U B B E R, and The Riot Ensemble, of London. As a performer, Lyle takes on long-term collaborations drawing upon her background in theater and vocal performance. Her latest projects include an international tour of choreographer Erica Mott and composer Ryan Ingebritsen’s 3 Singers, a dance and multi-media opera; a collaborative duo work for bodies, voices, hanging speakers, and electronics with Australian mezzo Jessica Aszodi entitled Grafter; and a one-woman adaptation of Stravinsky’s L’Histoire du Soldat. Lyle is also a performing member of Mocrep and a co-founder of Parlour Tapes+, a New Music cassette tape label and media/performance collective based in Chicago. She holds degrees in composition from Northwestern University (DMA), Cleveland State University (MM), and Birmingham-Southern College (BM) and curates and coordinates programming at The Arts Club of Chicago as Programs Manager.

Deidre Huckabay is a Chicago-based performer, writer, photographer, and event producer. Her work reflects a solitary, interior world, drawing on a musical life that requires long hours alone and listening. She tends to make work that undermines authorship by employing improvisation and surrealist techniques, invoking the spectator’s personal history, and cultivating participant consensus.

Deidre is a 2017 3Arts Make a Wave Grantee and a 2016 High Concept Labs Sponsored Artist. In 2017, she received a full year studio and rehearsal residency from the Eighth Blackbird Chicago Artists Workshop.

Deidre is co-owner of the experimental cassette tape label Parlour Tapes+ and a regular contributor to Cacophony Magazine. She is a member of the Chicago-based performance group Mocrep, co-curator of the WE Series at Elastic Arts, and founder of Spiderf*rt Press. As a flutist, she has extensively toured the U.S., Europe, and Latin America. She performs with Manual Cinema and the Eastman BroadBand, and has recorded for Urtext and Bridge Records. She holds degrees from the Eastman School of Music and Duquesne University. 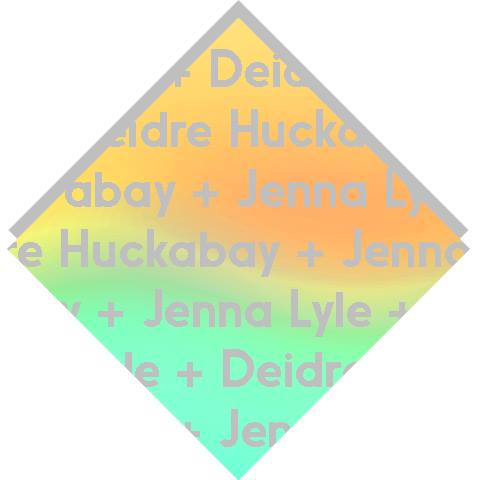