About Booklyn:
Booklyn is a not-for-profit educational organization that distributes artists’ books, zines, and prints to libraries, museums, schools, and universities in New York City, across the United States, and around the world. For 20 years, they have represented artwork designed to spark public dialog around environmental and social justice issues for positive community impact. They are an educational institution that uses art as a change agent, and are building a global network of like-minded culture makers and educators. For more information, visit booklyn.org.

Marshall Weber Bio:
Marshall Weber, b. 1960, Syosset, New York, lives in Brooklyn, NY. Weber received his MFA at the San Francisco Art Institute in 1981, and in 1983 co-founded Artists Television Access in San Francisco, one of the longest (still) running alternative media art centers in the US. In 1999 he co-founded Booklyn, an artists run NGO that distributes artworks and programming that furthers social justice causes. Weber has curated hundreds of exhibitions and he is known for his outspoken advocacy for artists and groups that work outside of the mainstream art world.

This event is presented by the Spudnik Press Cooperative Programming Committee and is free and open to the public.

Image: Page from “You Can’t Go Back,” an artists’ book by Brian D. Tripp 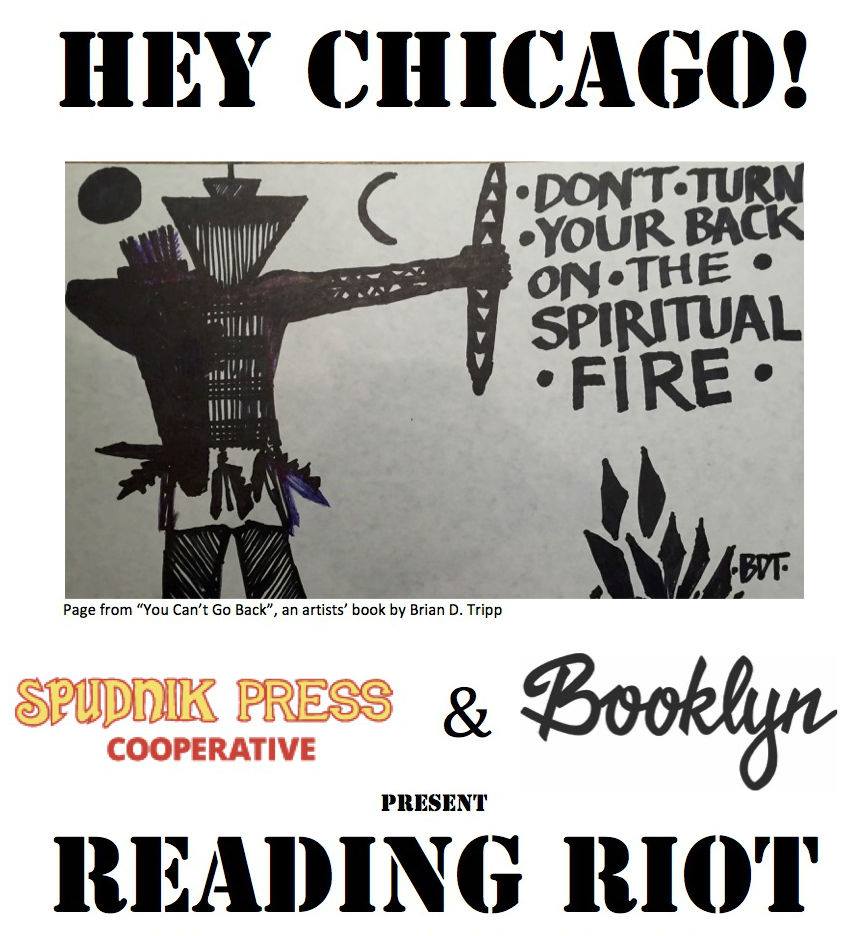