INCENSE, SWEATERS & ICE, a new feature work by Martine Syms will have it’s Chicago premiere at the 28th annual Onion City Experimental Film and Video Festival! Join us for a reception Hosted by Dyke Delicious from 7:00-8:00, screening at 8:00.

INCENSE, SWEATERS & ICE follows a woman through a series of events and interactions in her daily life, sparking a conversation on the surveillance of black people throughout history and on the internet. The main characters Girl, Mrs. Queen Esther Bernetta White, and WB (white boy), are shown in different modes of public, private, and online performance. This work examines being looked, being unseen, and the murky area in between.

Martine Syms, an alumni of the School of the Art Institute of Chicago now based in Los Angeles, describes herself as a “conceptual entrepreneur” and works in a variety of media, bringing together ideas about African-American identity, economic models, technology, performance, and questions of visibility/invisibility within culture. 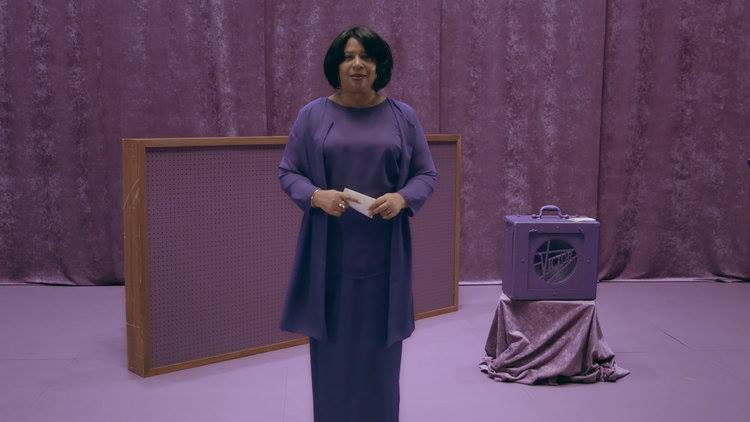