Molly Colleen O’Connell: Why Do Spiders Drink From My Mouth While I’m Sleeping?

On view through Sunday, April 8th

Why Do Spiders Drink From My Mouth While I’m Sleeping?

“The trolls could change their shape and take on any sort of form, such as hollowed out trees, stumps, animals, skeins of yarn, rolling balls, etc.”
– Gunnar Olof Hyltén-Cavallius, 1868

Molly Colleen O’Connell spins twisted, contemporary fairy tales riddled with objects and characters that teeter between the comedic and grotesque. Incorporating crafting techniques such as candle making and papier-mâché, her vibrant installations and videos seduce and subsume viewers into a fantastic realm. But beneath the glitter and disco ball lurks something sinister: a den of internet trolls. Preferring the safety of their anonymous identities, these diaper-clad creatures’ devious machinations implicate viewers in unsettling ways. Offering a rare ethnographic portrayal, MCO invites viewers to their lair.

Molly Colleen O’Connell (b. 1986, FL) is an interdisciplinary artist based in Chicago, IL. Through installation, video, and performance, she mixes unbelievable truths and strange fictions to create a world of perverted feminist hallucinations. MCO received her BFA at the Maryland Institute College of Art and her MFA from the School of the Art Institute of Chicago. Her work has been performed, screened and exhibited at the Museum of Contemporary Art (Chicago), AALA Gallery (Los Angeles), Evening Hours (New York), Waiting Room (Tokyo), Thalia Hall (Chicago), and MOHS Exhibit (Copenhagen). 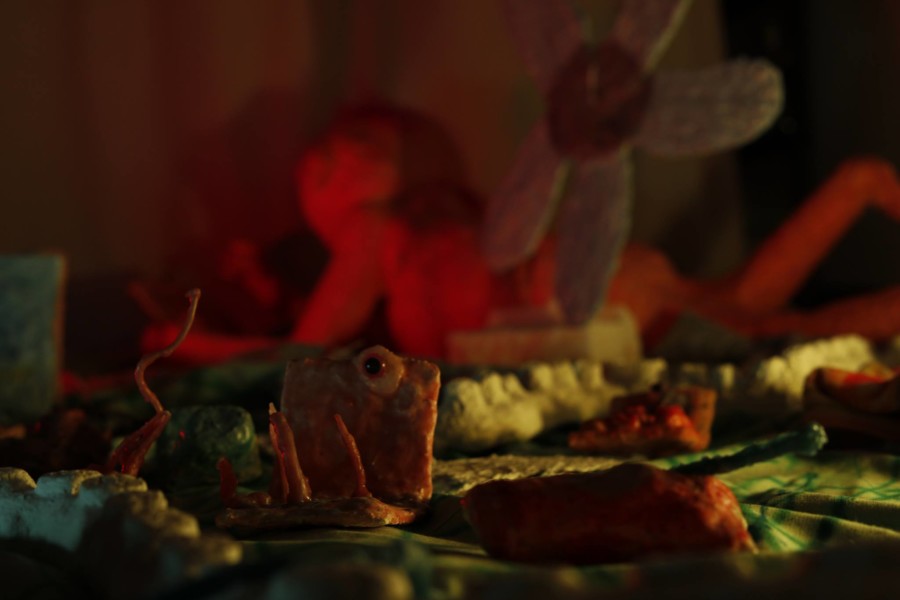