Catherine Edelman Gallery is pleased to present, Empire, new work by Lori Nix and Kathleen Gerber in their second exhibition at the gallery. The show opens March 2 and runs through April 28, 2018.

Lori Nix and Kathleen Gerber were both born in the Midwest, in areas known for tornados, snowstorms and droughts. As children, these natural disasters became their playground and influenced their first collaborative series, The City. Apocalyptic in nature, this series imagined an interior world without people, with Mother Nature reclaiming her land abused by mankind.

In their newest series, Empire, the duo (now working under the moniker Lori Nix / Kathleen Gerber) depict exterior spaces baring the scars of climate change and unexplained disasters. Working in their home/studio, Nix and Gerber transform cardboard, foam, glue and paint into small dioramas that are photographed with an 8 x 10 camera. Often taking up to several months to complete, these large scale models of everyday places – a highway overpass, newspaper boxes on a sidewalk, sink holes in an urban city – fall victim to decay, referencing the effects of pollution and challenging our perceptions of reality, and our responsibilities within it. As they explain:

“Because the work features a model and not a real place, it creates a safe space to think about larger ideas of disaster. Devoid of people, these spaces become meditative and full of possibilities. Landscapes are more than a visual record of an environment. They also capture the emotional, sometimes spiritual, essence of a place. Empire presents a world transformed by climate uncertainty and a shifting social order as it stumbles towards a new kind of frontier. These places are eerily beautiful but also unsettling in their stillness and silence. Long ago, man entered the landscape and forced nature to his will. Once grand and emblematic of strength and prosperity, these landscapes now appear abused and in decay, and it is uncertain how they will continue to (d)evolve.”

Lori Nix and Kathleen Gerber have exhibited their works extensively in Europe and the United States and are in numerous public collections including the Museum of Fine Arts (Houston, TX), George Eastman Museum (Rochester, NY), The Smithsonian American Art Museum (Washington, DC), Spencer Museum of Art, University of Kansas (Lawrence, KA), Harvard Business School, Harvard University (Cambridge, MA), among others. Lori Nix is the recipient of many grants including a 2014 Guggenheim Fellow in photography.

For more information and to see all the work in the exhibition, visit www.edelmangallery.com. All events are free and open to the public. 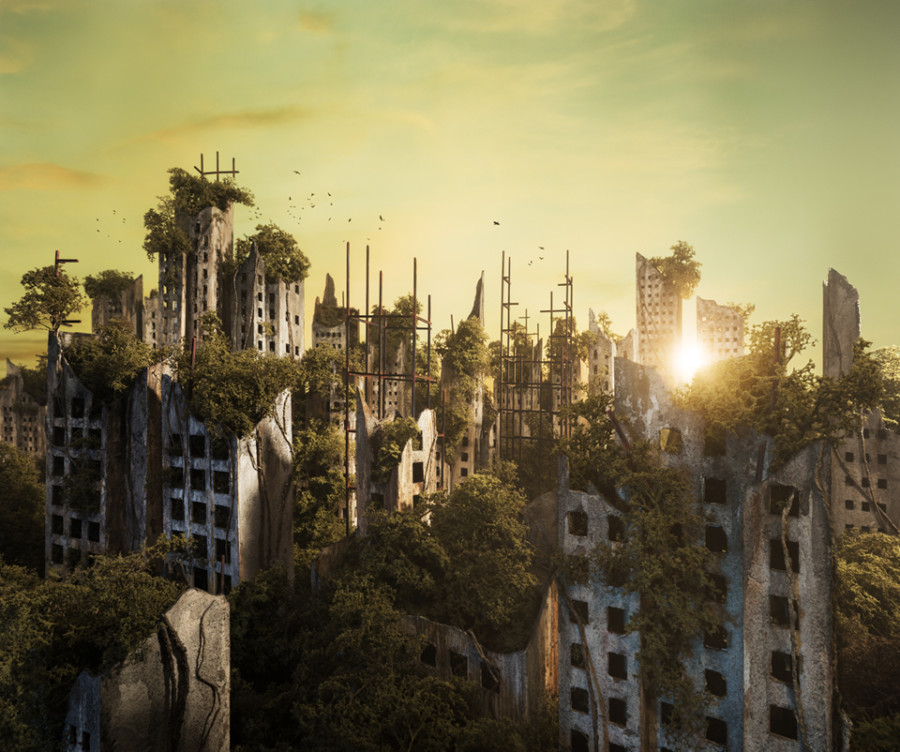