This event is free, non-ticketed and open to the public. Doors will open at 5:45 p.m.

The artistic work of Işıl Eğrikavuk (MA 2005, MFA 2008) finds its core in social and political events blended with fictional components. She primarily works with stories that have a fantastical or absurd element that challenges the viewer’s ability to believe them. Recent projects include a dinner performance called Pluto’s Kitchen, which compared Pluto’s planetary demotion to the United Kingdom’s exit from the European Union. Interested in shifting borders and geographies and isolations from the other, Eğrikavuk used the theme of a breakup for the performance and took it to the kitchen, where everyone can relate through food. Actors were seated along with the audience at tables for dinner. For each course, actors read breakup letters, sometimes written to a lover, sometimes to Pluto, or to the public, combining it with absurd gestures and quotes from Theresa May’s Brexit speech. The food, prepared by a local chef, reflected the stages of a relationship and a breakup.

Presented in partnership with SAIC’s Office of Alumni Relations 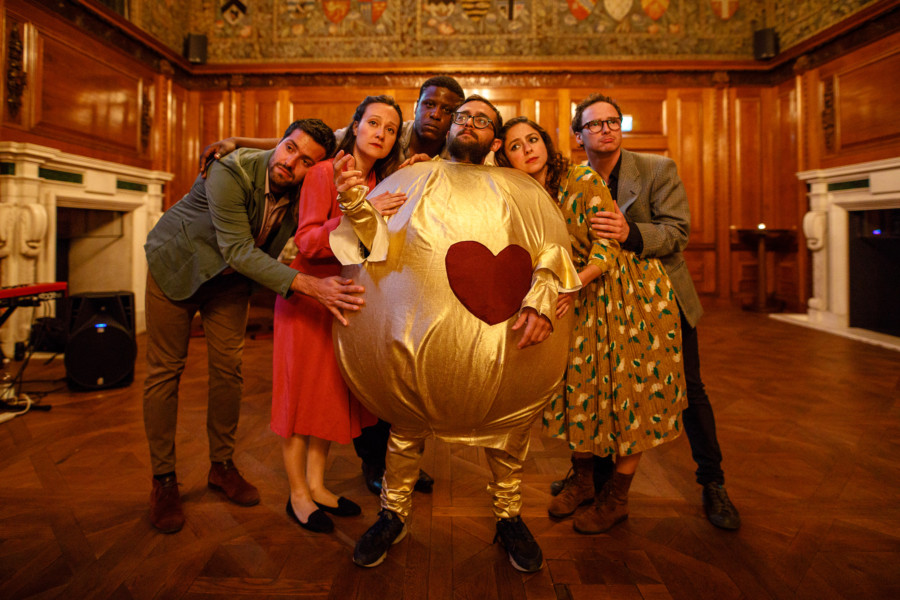