In Pursuit of Liberty

Woman Made Gallery hosts “IN PURSUIT OF LIBERTY”, an afternoon of films, performance, and discussions by and about women, in honor of International Women’s Day. Organized by Carron Little, Ginny Sykes, Danielle Echols, and Xyla Gatilao, the program will take place at Woman Made Gallery, Lacuna Lofts Building 2150 S. Canalport, Chicago IL 60608, from 1-6pm. Refreshments will be provided. The event is free, with a $10 suggested donation.

THE PROGRAM: (the order could change)
Arrival, greetings with refreshments and a brief introduction. The exhibit “Woman Made Midwest Open” will be on view in the gallery.

Carron Little performs her written poetry inspired by interviews with women from different cities and countries between the ages of 20 and 100, as part of her Spare Rib Revisited project.

Screening and discussion: Laurie Little’s documentary “Why We March” about the 2016 Women’s March:
“a reflection on the journey between Chicago and DC, connecting voices of hope, empowerment and intersectionality during The Women’s March, the largest protest in the history of the United States, as women and girls organize to fight for justice.”

Screening and discussion: Nadia Pizzuti’s 2015 documentary “Lina Mangiacapre: Artista del Femminismo”.
Mangiacapre initiated “Cooperativa Le Tre Ghinee” with the group “Nemesiache”, a feminist performance collective based in Naples, Italy. Mangiacapre was active artistically and politically as a writer, painter, organizer and filmmaker in Naples, Italy from 1970 until her death in 2002. In April 2017 Mangiacpare became the first woman in Naples (perhaps anywhere!) to have a permanent marble sign erected in her name on the prestigious Via Posillipo at the Belvedere, dedicated to her as “Artista Femminista”. She created the Elvira Notari Award (Notari was a pioneer of cinema who lived from1875-1946) in 1987 for the International Venice Film Festival, to raise awareness and recognize films that show the ongoing changing of image of woman as a subject of history and culture. Now named the Lina Mangiacapre Award, it has been given every year since 1987, (except the year of her death), by a jury composed by journalists and cinematographic critics at 50% men and women. 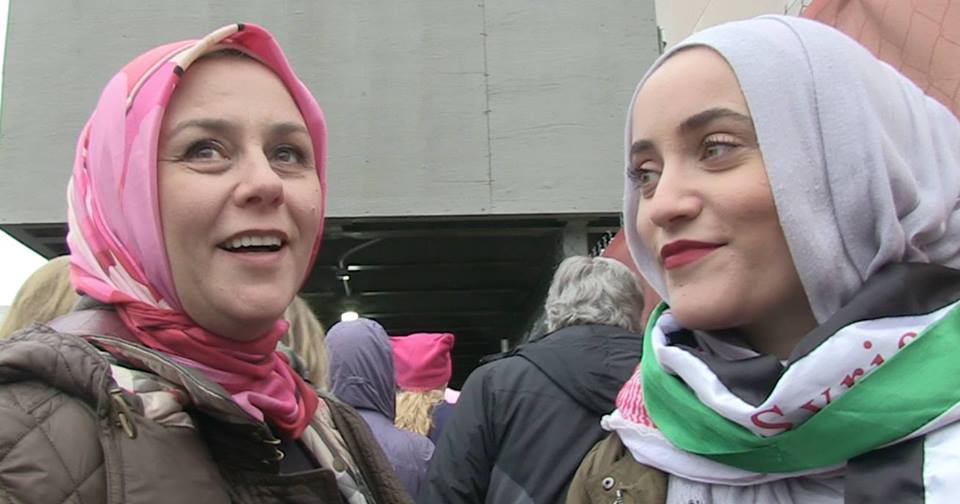