On view through Saturday, March 31st

As the crowd gathered to watch the sun set below the ocean’s horizon one viewer turned away from the dipping orb, shifting her gaze towards a slowly descending drone. Seductively she narrowed her focus deep into its blinking retina, and began to perform for the aircraft by gently swaying her hips. Gradually she shifted her body from rhythmic undulations to unplanned spins and twirls, overly articulating her movements in an attempt to retain the overhead copter’s trained stare. Every now and again she would pause her dance to coyly kick at the encroaching surf, never breaking eye contact with the hovering lens. If there was music inspiring her improvisational jolts it was contained within her head. The only sound that could be heard above the waves was the drone’s incessant, needy buzz.

Although the machine’s operator sat closely behind the dancer, his gaze was directed downward. Without ever looking up from his lap he returned her unfaltering stare, hypnotized by the hi-res imitation that swirled across his remote’s small, embedded screen. As he continued to peer between his thighs his face shimmered wildly— a dazed smile illuminated by twin, tangerine suns.

Double Gaze presents photography, video, and sculpture from five artists’ interactions with a range of individual and government-based tracking systems. Dawn Kim’s images observe the candid actions of strangers from the lens of amateur drones. Connecting data mining and photography, the images are snapshots despite their pre-recorded subject matter—photographs that catch the digital subject by surprise.

Julie Oh’s included sculpture and video dissect the passage of time through common iconography associated with the US postal service. Markings on shipped packages imitate visa stamps when scaled up to account for human size. Documents, an 8-foot-tall neon sculpture, becomes activated when traversed by the audience’s bodies—its presence an invitation to pass through the rectangular form.

Lily Dithrich’s sculptures are studies of human relationships which produce narrative without the presence of a human form. Her altered furniture act as placeholders for these connections, inviting the audience to play out their suggested roles. Within Double Gaze a bench and chair are inextricably linked, pulled tightly together by the binding of a bright blue ethernet cable. This work presents the relationship between the individual and an online audience, its installation a suggestion of a complicated entanglement.

Finally, Bailey Hikawa and collaborator Scotty Wagner react to our contemporary obsession with the endless documentation of the minutia of our daily lives through a durational live stream. Semi-improvisational scripts and cinematic tricks examine the possibilities associated with live video. A performance by Hikawa and Wagner will be streamed from their temporary studio at MOCA Tucson during the length of the exhibition’s opening. 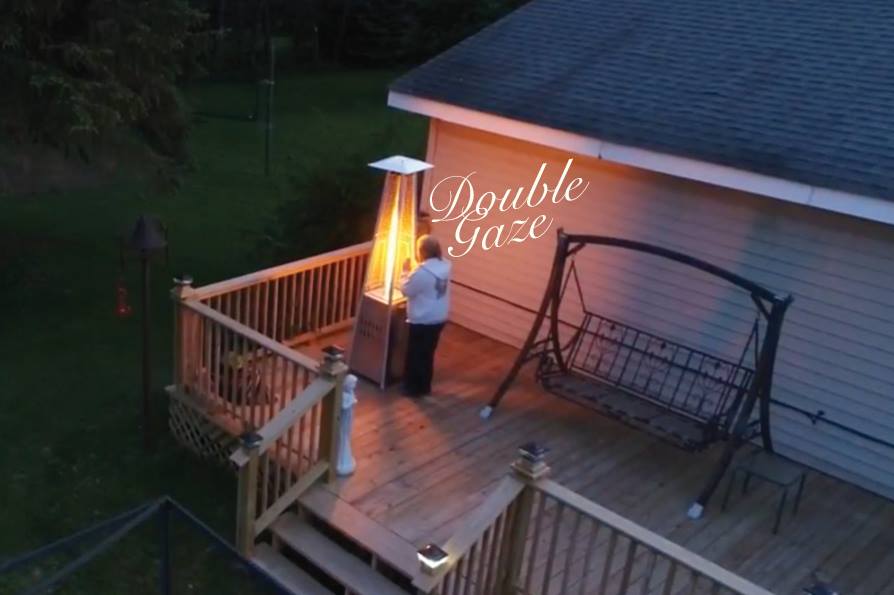