A discussion with Scott Mossman and Tanner Bowman about their respective exhibitions at Heaven Gallery with a performance by violinist, Brandi Berry Benson

Cornered:
An avid collector as long as he has been making art, Scott Mossman’s sculpture has always been colored by a longtime fascination with “the object.” Most intriguing to Mossman is a works relationship to the wall where it’s placed, the viewer and the gallery space. His sculptures hung curiously high, often times with a dramatic cast shadow, appear to serve a purpose other than art, the function of the oftentimes eccentric, seemingly worn tool, appliance or artifact not being as obvious as the soffit, burglar alarm sensor or boxy precariously mounted heating and air conditioning units that might occupy a similar spot on the wall.

Following up his recent one-person exhibit “Overhead” at the Noyes Cultural Center in Evanston, where his sculptures were hung high and heavily lit, his current exhibit at Heaven Gallery “Cornered” is dominated by recent works, many created for the space, that play off the meeting of two walls, the point where walls end and where the ceiling begins. As with the aforementioned Noyes exhibit, his pieces, oftentimes reflective of his fascination with architectural styles and structures, choose to interact with the idiosyncrasies of Heaven’s Victorian vernacular roots.

Fission Fusion:
Fission Fusion is collaborative show by Tanner Bowman and Brendan Luchik, examining the push and pull between two individual artists working with collage and painting using experimental processes. The work began at a time of transition, as Luchik was in the middle of moving to New York City. The artists questioned how they could salvage remnants of Luchik’s studio space, which may have otherwise been discarded, and use the collected scrap materials in an attempt to capture the essence and grit of a domestic studio space which would no longer exist. During the construction of the work the artists used their time to to reflect upon philosophy, psychology, poetry, landscape, and the connections between their creative outputs. These personal conversations, ranging in topics from Jungian Psychology and William Blake’s “Proverbs of Hell”, to Sedona sunsets and gridded city living, directed the subject matter and processes used in constructing the images and assemblage. Also on display are Bowman and Luchik’s individual work which is meant to distinguish the visual conversation between the two artist’s work and style.

Berry Brandi Benson:
Violinist and 3Arts awardee Brandi Berry Benson will perform unaccompanied violin pieces from the 17th and 18th centuries at the opening reception of Overhead – Recent Sculptures by Scott Mossman, at the Noyes Cultural Center Nov 13 from 2 to 5. Ms. Berry Benson has appeared with numerous ensembles in the U.S. including Newberry Consort, Ars Lyrica, and Bach & Beethoven Experiencehttp://bbexperience.org/ and her “four-string acrobatics” and “indispensable skill” (TimeOut Chicago) have been praised as “alert [and] outstanding” (Chicago Classical Review), has also been noted for her “riffs…powered by a flashing blur of bow arm, [as they] rolled out with irresistible glee” (Washington Post). 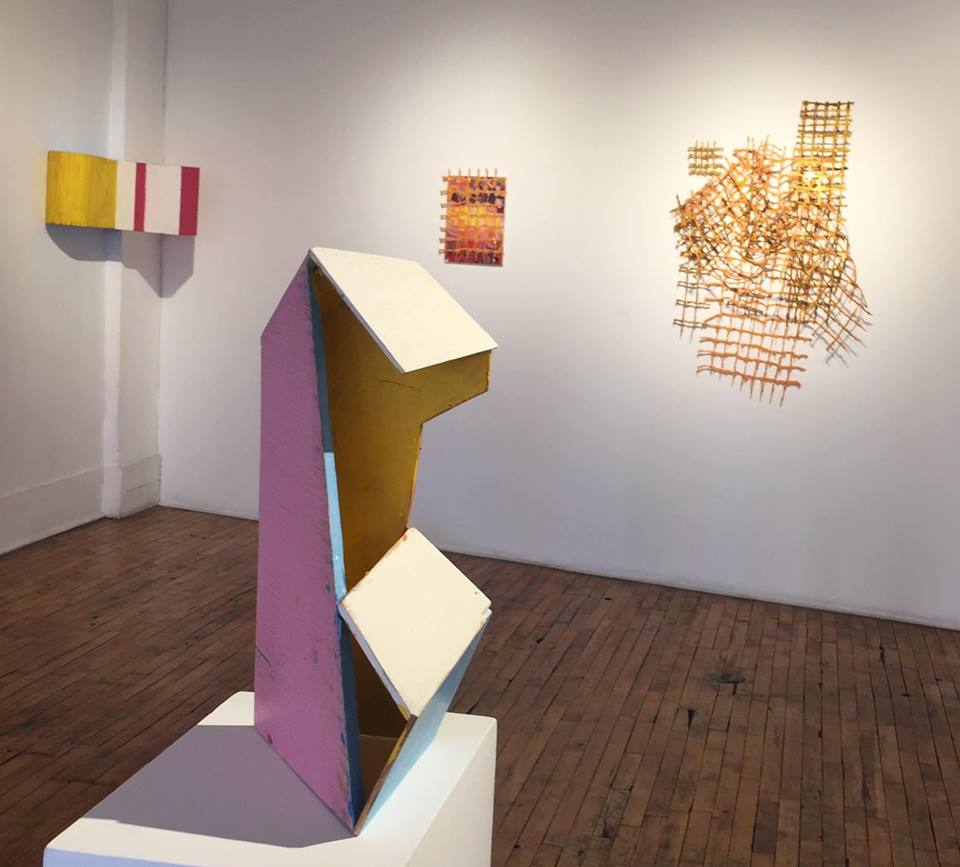