This is your LAST CHANCE to see Cat’s Cradle!

CAT’S CRADLE is 1) the world’s oldest string game, and 2) an exhibition of textile and textile-adjacent works now at The Condo Association. This show includes three large immersive installations as well as mixed-media, digital, quilt, and woven works that explore play, place, memory, and self-making.

“If it is a human thing to do to put something you want, because it’s useful, edible, or beautiful, into a bag, or a basket, or a bit of rolled bark or leaf, or a net woven of your own hair, or what have you, and then take it home with you, home being another, larger kind of pouch or bag, a container for people, and then later on you take it out and eat it or share it or store it up for winter in a solider container or put it in the medicine bundle or the shrine or the museum, the holy place, the area that contains what is sacred, and then next day you probably do much the same again–if to do that is human, if that’s what it takes, then I am a human being after all. Fully, freely, gladly, for the first time.” – Ursula K. Le Guin, “The Carrier Bag Theory of Fiction, 1986

**A planned performance for the closing has been cancelled.**

The Condo Association is an art collective comprised of anti-fascist, and anti-capitalistic humans seeking to empower and support the creativity and productivity of queer people, people of color, women, and other marginalized bodies.

Unfortunately, the Condo is only accessible via two flights of stairs. The Condo contains two cats. Questions can be directed to thecondoassociation@gmail.com. 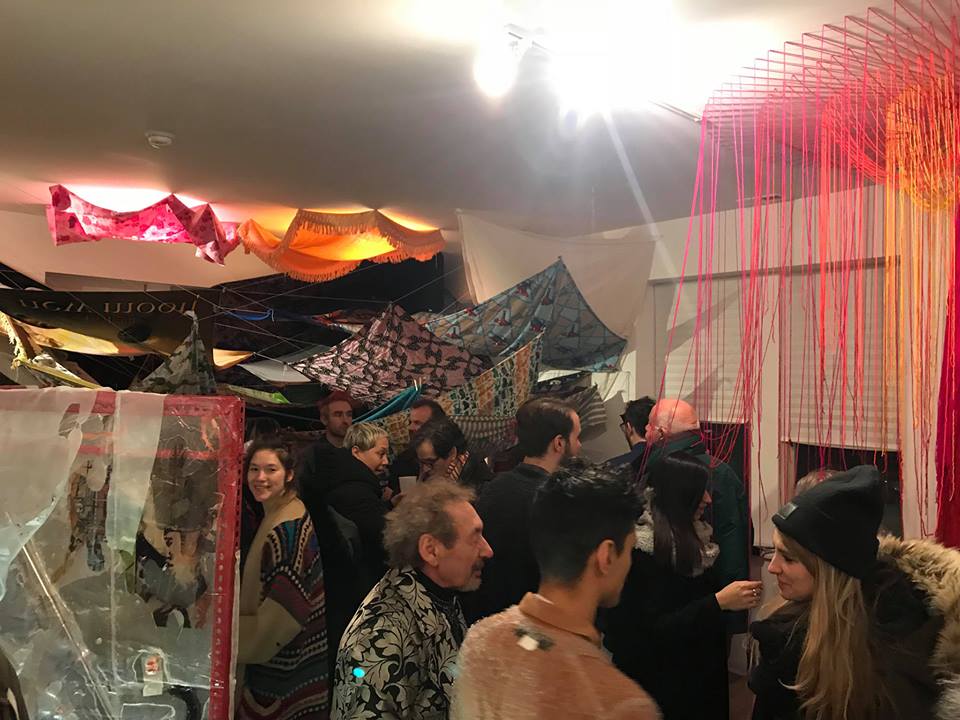