~~~~Black, Brown and Indigenous Crew, Chicago Boricua Resistance, Brown and Proud Press are cultivating a creative space in the south side that invites femmes & queer people of color. All orgs are committed to creating a safe space that centers community building. If an issue occurs please do not hesitate to inform members from any of our orgs who will be more than down to help out. Those that incite violence and chaos will be asked to leave.

A little bit about our orgs: Black.Brown.Indeginous Crew is an Unapologetically D-I-Y collective creating radically safe and political music spaces in Chicago. Formally known as the Black and Brown Punk Collective. This is their first event of the year that is leading up to their yearly Or Does It Explode Summer Festival. Chicago Boricua Resistance is a coalition made of individual Boricuas, organizations, and people in solidarity with Puerto Rico who are enraged about the current economic/humanitarian crisis caused by almost a 120 years of US colonialism. CBR aims to provide information, materials, incite protest and a great deal of opportunities to plug into the fight and resist this criminal attack of colonialism in Puerto Rico and internationally. Brown and Proud Press is a collective of intersectional creatives who provide a platform for communities of color to heal through zine making, poetry workshops and events. We are composed of writers, illustrators, designers and photographers based in Chicago. This will also be our “On Struggling Relationships” Zine release party. 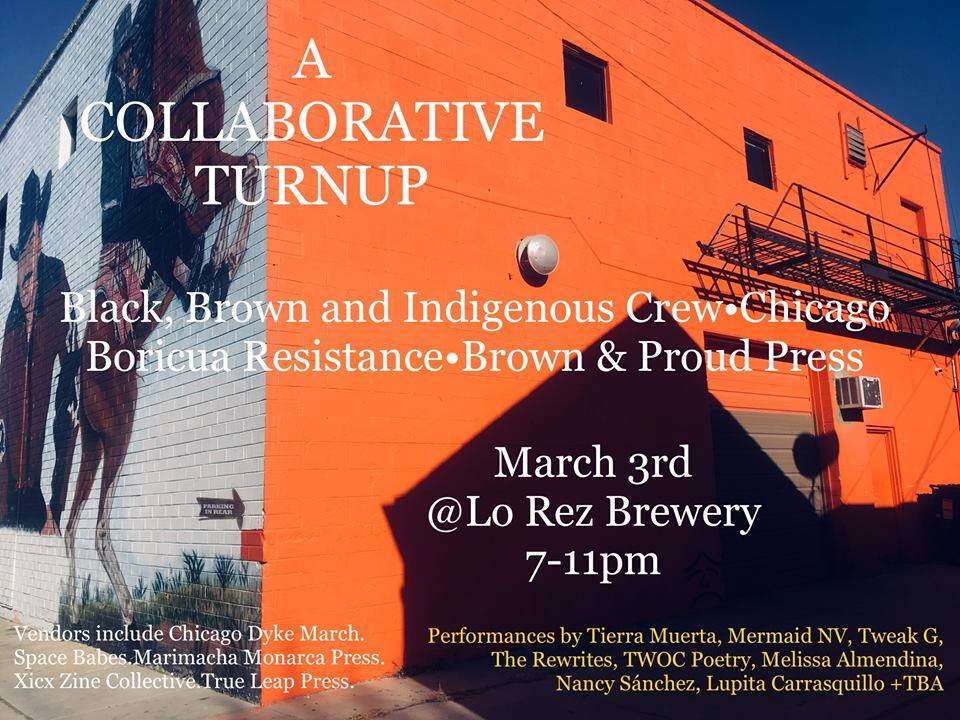