Zines, independently published periodicals that exist in a world outside of fancy magazines and mainstream media in a world associated with DIY culture, punk and other subcultures. They provide a place for artists and writers to be their own editor and control their own means of production. But more importantly, they’re fun to make and read.

Learn about this culture of subversive independent publishing from Liz Mason, manager of Quimby’s Bookstore (the Chicago-based store that specializes in selling zines, comics and other aberrant reading material) and come away with getting a head start on making a zine of your own.

Liz Mason has been making zines for twenty years, and has published such titles as Caboose, Cul-de-sac, Ever Evolving Bastion of Freakdom: A Quimby’s Bookstore History In Words and Pictures and more. And oh yeah, she once appeared on a reality show to provide instruction on publishing zines, which NBC executives referred to as “pamphlets,” as if they were Marxist propaganda. 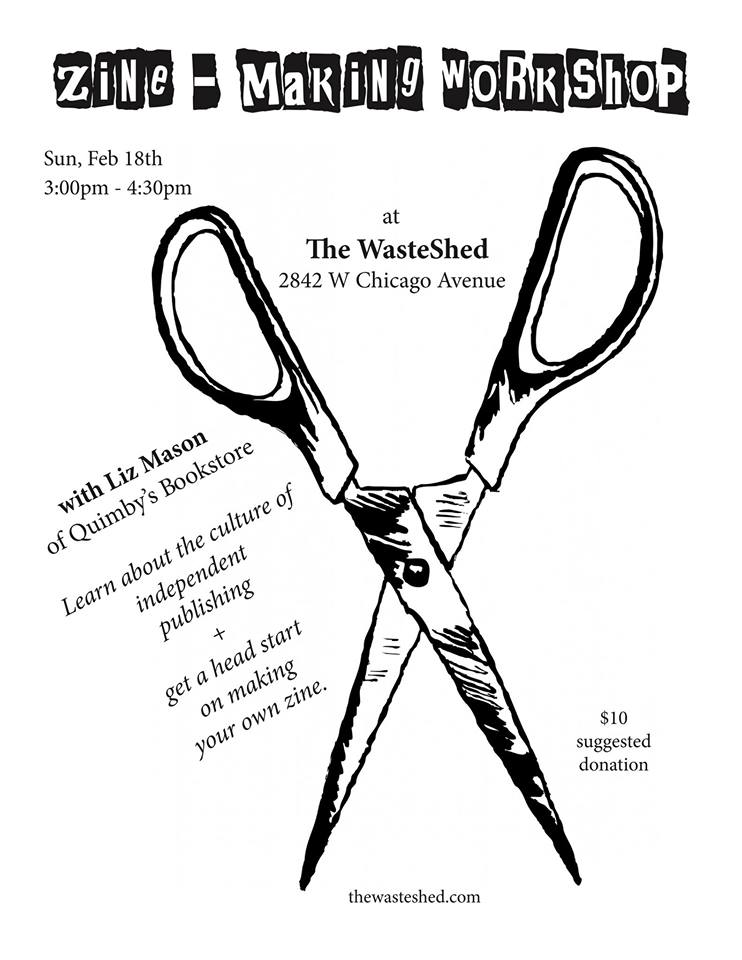